Did the DeLorean Head Back To The Future or Is It Somewhere Secret?

Meet one of the coolest movie cars ever: The DeLorean

I love the movies. I was lucky enough to grow up during a time when some real classics hit the screen. One of those such movies was Back to the Future.

What’s amazing to me is that there are people that have never seen it. So, for those very few who haven’t, this article will introduce you to one of the most recognizable vehicles in cinematic history. For those of you who already know of what I speak, enjoy the jolt of memories I’m about to provide. The DeLorean, or “Time Machine” as it was called, is a true movie relic. 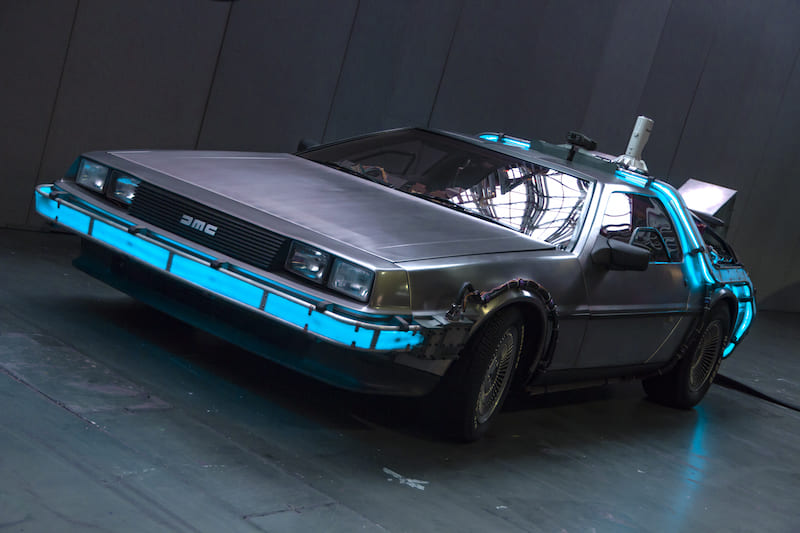 The Time Machine is a one-of-a-kind vehicle.

The Flux Capacitor, Mr. Fusion, 1.21 gigawatts: all are associated with the Time Machine. But, the non-fictional backstory of the car is quite interesting. The car went through several variations during production of the first movie. According to Wikipedia, “In the first draft of the screenplay, the time machine was a laser device that was housed in a room. At the end of the first draft the device was attached to a refrigerator and taken to a nuclear bomb test.” Impressive stuff, but a little hard to make believable for a major Hollywood motion picture to say the least. Funny enough, Director Robert Zemeckis stated the idea was dumped due to him worrying kids would climb into refrigerators and get trapped.

The third and final draft of the time machine was a car which Zemeckis chose as the best choice considering if you wanted to make a time machine, you’d prefer it to be mobile. Thus, the DeLorean was chosen due to its alien-spaceship looks thanks to the gullwing doors.

From there, the art department added vents, specialized cables and other cool knick-knacks that defined the car’s futuristic exterior. Buttons, custom gadgets, and the flux capacitor made up the interior for a look that was strictly designed to be attractive to the audience. Different parts from three 1982 DeLoreans were used in the first Back to the Future with five total for the entire trilogy. It’s easy to see why the DeLorean was chosen as the car for Doc Brown and Marty McFly to travel through time. Plus, considering DeLorean went bankrupt in 1982, it makes it that much more rare.

What happened to the DeLorean?

There are a number of Back to the Future superfans that own replicas and there are a lot of them out there. According to Wikipedia, “As of March 2017, some 87 DeLoreans are known to be converted to Back to the Future Time Machines.” Needless to say, the car has garnered massive attention from movie nerds and other fans alike, and for good reason. But, what about the original DeLorean, also known as the “lead car”?

Luckily, it never ended up in a movie studio’s backlot or left to rot away. Today it sits in the Petersen Automotive Museum in Los Angeles. It was restored to its original condition in 2010 and had been on display at Universal Studios Hollywood after filming had ceased. If you’re planning a trip out to L.A. to see the car, make your way to the Petersen Museum and you’ll find it sitting in the “Hollywood Gallery” on the third floor. 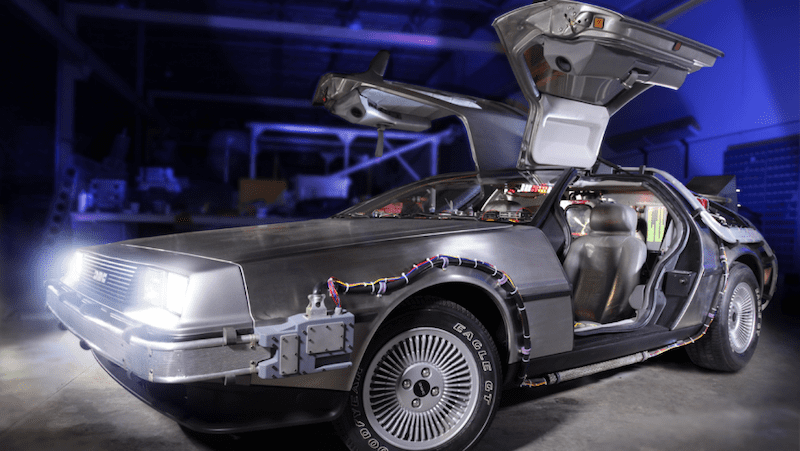 Shop used cars at RumbleOn in the present, not past or future.

You can find all sorts of cars for sale online when you shop with RumbleOn. Our inventory is big and is full of cars, trucks, and SUVs, not to mention motorcycles and ATVs. Each one comes with a third-party condition report, 30-Day Mechanical Guarantee, 3-Day or 150-Mile Money Back Guarantee and available shipping. Buy a used car from RumbleOn today!