The Most Practical Sports Cars for Commuters

Get Your Everyday Need For Speed Without Hitting The Track.

Don’t let others dissuade you - sports cars can be great for commuting.

When it comes to commuting, I’m fairly certain we can all agree on one thing: it plain stinks. Unless you live within a 2-mile radius of your job or spend less than ten minutes on your morning and afternoon commute, there’s no escaping the beatdown that is rush hour. But, think about this: what if you could honk your horn and flip the bird to the people who don’t use their turn signals in a slick and stylish sports car?

Ready to sell your car? RumbleOn wants it.

When it comes time to sell a car, time is one thing that’s almost never on your side. With RumbleOn, we put time back on your side with a cash offer sent in 15 minutes or less. Sell differently with RumbleOn.

That’s the kind of world I want to live in, and you can do it by driving a practical sports car. I’m not talking about something that’s over-the-top and screams, “Worship at my automotive thrown, plebians!” I’m referring to something that’s sensible and perfect for the commute. If you’re a novice to the sports car world, you’ll notice immediately that they handle much differently than “regular” cars.

The best sports car for your commute is within reach.

Quick shoutout to Ferrari and Lamborghini lovers: they’re beautiful cars but won’t be included in this article. We’re keeping budgets in mind and it just wouldn’t make sense to include either or both makes. I’d like to think that if you’re considering getting a sports car as your daily driver, you’ve done the research and necessary budgeting. If for some reason you haven’t, know ahead of time that sports cars are going to be a bit pricier than the average vehicle. However, you’ll get a lot of car for the money, and you’re buying a sports car for a specific reason anyway, so why not splurge? We only live once, after all.

Below are ten of the best sports cars to drive for your commute. Keep in mind some of them will be pricier than others, so be sure to reference your budget to make the best decision.

BMW M2. The BMW M2 is by far the best M car that BMW produces. It’s also the smallest making it the lightest. I’m no physicist, but anything that’s lighter is going to go faster, and speed is what the BMW M2 is all about. Your coworkers will be jealous of this car. 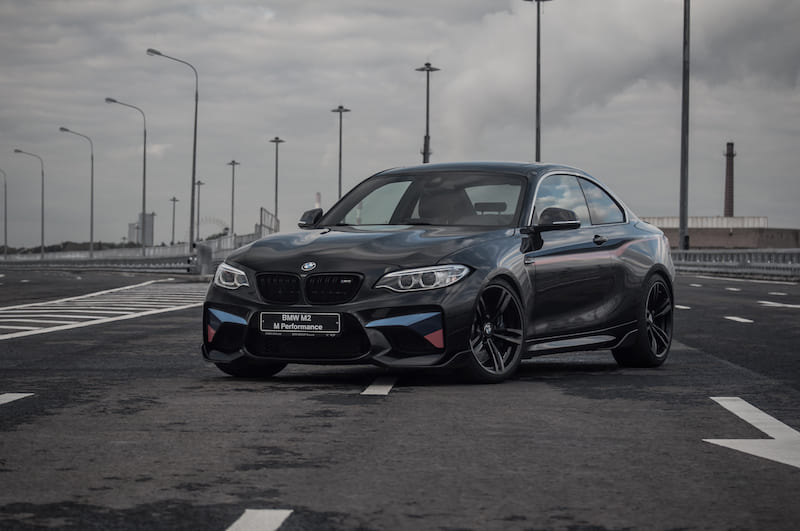 Chevrolet Camaro SS. The Camaro SS was born during the muscle car era and made an immediate statement. It retains the muscle-car look of its celebrated past with 21st-century technology and even more power. While the visibility may not be the best, the powerful V8 and roomy interior will make up for it. It doesn’t get more classic than a Camaro.

Nissan GT-R. This car just screams sporty. Did you know the R35-generation GT-R was one of the first of a new breed of sports cars? Nissan knows what’s up, and the GT-R has made its way into the category of Most-Wanted-Sports-Cars in the industry. Did I mention it can comfortably seat four passengers?

Honda S2000. If you think Honda solely made Civics and other family-friendly cars think again. Though it’s an older model, the S2000 still holds up in sports-car circles and always gets nods of approval. Honda’s reputation for reliability also helps keep this car great as a daily driver.

Chevrolet Corvette. Does it get any more American than a Corvette? Since 1953, Chevrolet has been pumping these babies out for the need-for-speeders. It’s a beast of a car with a huge trunk so not only is it a great choice for commuting, but road trips can take on a whole new level of fun.

Audi R8. The R8 is often compared to the Porsche 911 (below), but with more exotic looks. Given the fact it’s an Audi and they’re known for offering comfortable rides and luxurious amenities, you also get a V-10 engine that will certainly give you a reason to get to the office bright and early.

Mazda MX-5 Miata. The Miata has long been a desirable sports car, but the MX-5 takes the Miata and adds even more power. Plus, the car is simple, is fuel-efficient, and highly reliable. It isn’t a stretch to claim the MX-5 Miata is the best sports car for gas mileage.

Mercedes-AMG GT. This car has been a hit among enthusiasts across the globe. Take the comfort and luxury of a Mercedes and combine it with a 4.0-liter twin-turbo V-8 for one hell of a ride. Who knows, maybe you’ll make your boss jealous when you pull into work driving this beast.

Porsche 911. Bias alert: this is the best sports car on the list. The Porsche 911 is, in my opinion, the king of sports cars. The Porsche name is synonymous with style and performance, and the 911 doesn’t disappoint with either. It’s built for the Autobahn but can take on any road, anywhere.

Acura NSX. Acura is often lost in the discussion when it comes to sports cars, but the NSX more than makes its case as one of the leaders within the sporty community. And, you’d be surprised just how affordable a used model is to own. A job well done, Acura.

So, there you have it. Your next (or first) sports car awaits. Put more RPMs in your life this year and start enjoying your work commute instead of dreading it.

Interested in learning how to sell a car online? RumbleOn can help.

We’ve all been there before, trying to sell a car only to be led on by tire-kickers and awkward meetups with strangers. You can forget about both when you sell your car to RumbleOn. We send cash offers in 15 minutes or less and will pick up your old ride for free. The best part is you don’t have to leave your house to sell. “Should I sell my car to RumbleOn?” The answer should always be “yes”. Learn more today.