A Jeep Like No Other: The Unique Story Behind The Sunstorm

The Story of the Jeep Sunstorm 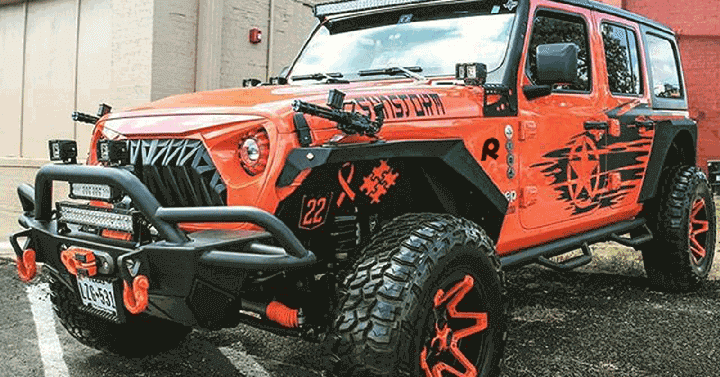 Buy a Jeep from RumbleOn and enjoy all of the perks that come with it!

Jeeps are everywhere. Whether they’re built for the main roads or backroads, you’ll see one wherever you live. But, there are some out there that stand out from the rest of the pack. One of those such Jeeps is a 2019 Unlimited JL, otherwise known as the Sunstorm and to say its story is unique would be a massive understatement.

Jeep owners are known for their customizations and imagination, but this Jeep’s owner, Terry Payne, took his creativity to a whole different level. 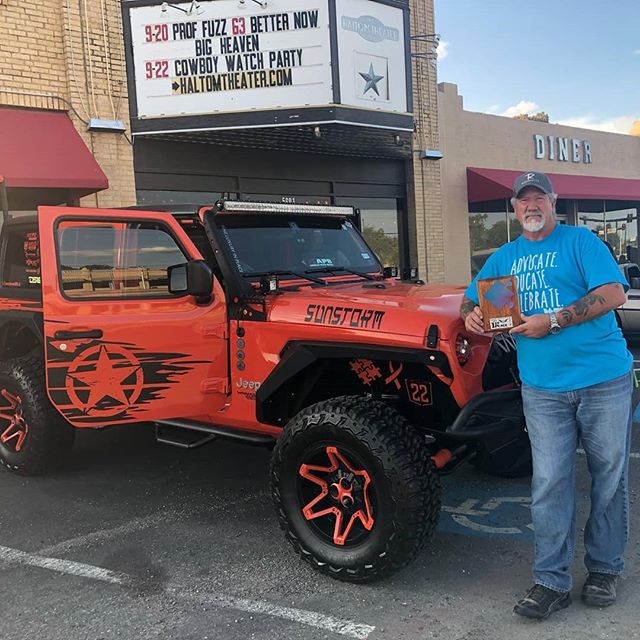 A personal tragedy leads to the birth of the Sunstorm.

Meet Terry Payne. He is the creative mind behind the Sunstorm and an avid builder who has a blue-collar background as a West Texas native. “Rodeos, oil fields, whatever else; whatever you could do I was interested in it,” Payne said. “I started building muscle cars and had a few junker cars to the point where building became a passion of mine.”

His interest in building cars resulted in him becoming one of the lead designers of the Batmobile monster truck with Downs Manufacturing in Lawton, Michigan. “It just grew from building cars on my own but it wasn’t near to the scale the Sunstorm at that point.”

Terry’s life changed over a year ago when his wife, Jeanny, was diagnosed with brain cancer. It was a very aggressive form of cancer known as Glioblastoma Multiforme 4. 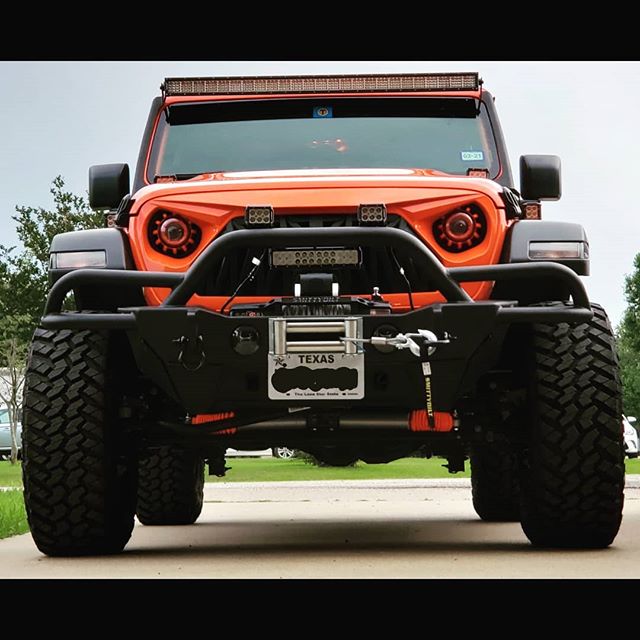 “She had it for 22 months and passed away in July of this year. It was horrible,” he said. At the time, Terry was driving a 2014 Dodge Challenger RT. “I fixed it up and it was nice, but as luck would have it I drove the Dodge dealership and they had this Jeep sitting there that was bright orange and it just caught my attention,” he said.

Payne talked to his wife about the Jeep and she wanted him to do something with it. “She said, ‘You need to build something and get your mind off of just taking care of me.’ One thing led to another, I talked to my kids and everyone around me and they said to do it.” So, he did it and traded his prized Challenger RT in for the Jeep. From then on, the Jeep became a passion for Terry with customizations that were just around the corner.

What began as plans for a simple 3-inch lift and custom tires grew exponentially. As his wife’s condition worsened, he used the Jeep build as a funnel for his frustration. “I talked to people about what was going on in my life and I had a couple of sponsors reach out about running their product on the Jeep. On June 2nd, I entered a car show and, to my surprise, we won ‘Best Jeep’. We were up against some really nice and highly customized Jeeps. We got some major notoriety,” he said.

Around this time, Jeanny’s condition worsened and all of his concentration went to caring for her. Soon after, she tragically passed away and to keep his mind off of everything, Terry went back to building the Jeep. “My boys and their mother were a major inspiration for me to keep building. Next thing you know, I’m buying a grille and some Morimoto Super7 lights. It started looking like a Transformer.” 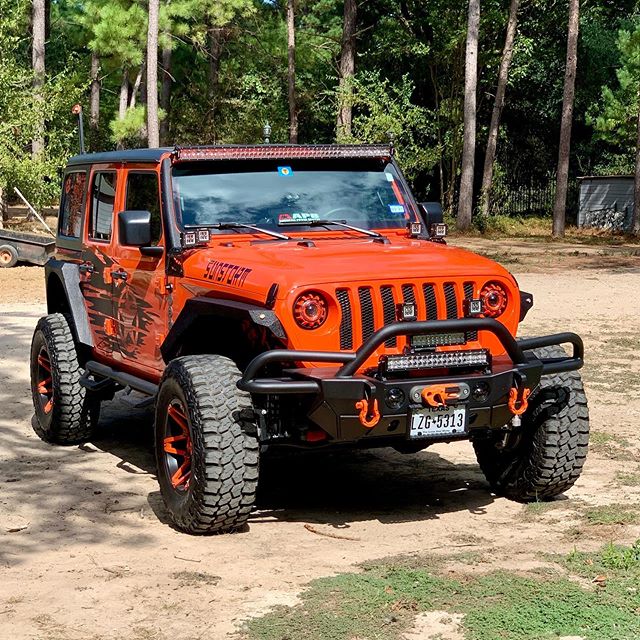 It wasn’t until meeting Chris and Tammy from Burnt Custom Fabrications that Terry decided to start telling his stories through the Sunstorm. “I became good friends with them and they said to tell a story with the Jeep. So, I did that.”

There isn’t just one story this Jeep tells, but several. The front inner liners have a “Mission 22” symbol for his sons’ best friend and Army soldier who suffered from PTSD and tragically took his own life. There are additional symbols as well including an Autism symbol for Terry’s granddaughter, a cancer symbol in honor of Jeanny, and an American flag with a green stripe in honor of the military. “This has been six months of building and dreaming. It’s all about telling a story and we get to share this story with local people but also nationwide. Our next big car show is SEMA and we can’t wait!” 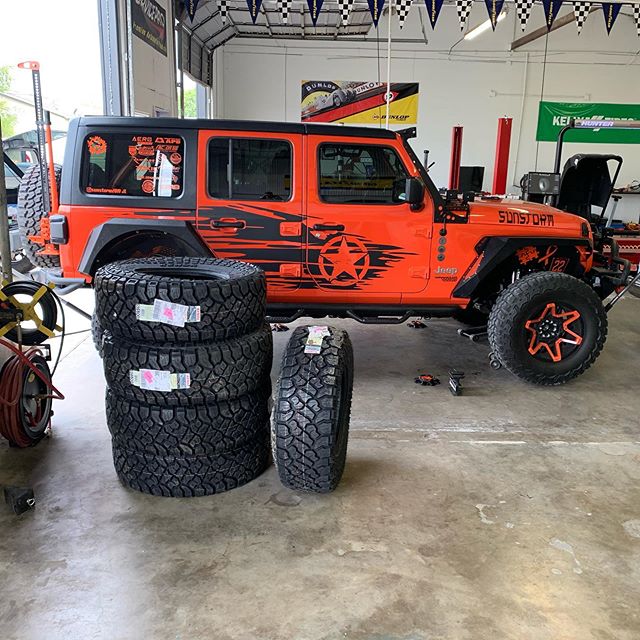 All in all, there has been a lot of work and money put into the Sunstorm. Six months of building and roughly $97,000 later, the Jeep has been in 12 car shows and won 11 first-place trophies. It’s earned “Best Jeep”, “Best 4x4 Offroad Mod”, “Best In Show” and more.

But, at the end of the day, Terry cares about the message more than the awards, “The Jeep brings awareness to Mission 22, cancer, autism, and to our military. Everyone in the U.S. has something they’re facing and if we can bring awareness to each one of these groups then it helps everybody in the long run.”

If you’re looking for a used jeep for sale, RumbleOn has plenty to choose from.

RumbleOn specializes in offering great vehicles for sale and the Jeep is no stranger to our inventory. We have Jeeps of all models that are sure to fit your lifestyle and budget. Each Jeep comes with a 30-Day Mechanical Guarantee, 3-Day or 150-Mile Money Back Guarantee, affordable door-to-door shipping, and a third party full condition report. Check out or inventory of Jeeps today!