The History of Dodge Ram Trucks

Dodge Ram’s history is, to put it simply, fascinating.

It doesn’t matter where you’re driving in this country, you’ll come across a pickup truck at some point. They’re literally everywhere. Among those trucks, there are a specific few that set themselves apart from the others. I call them the “big hitters” and boy, are they big. 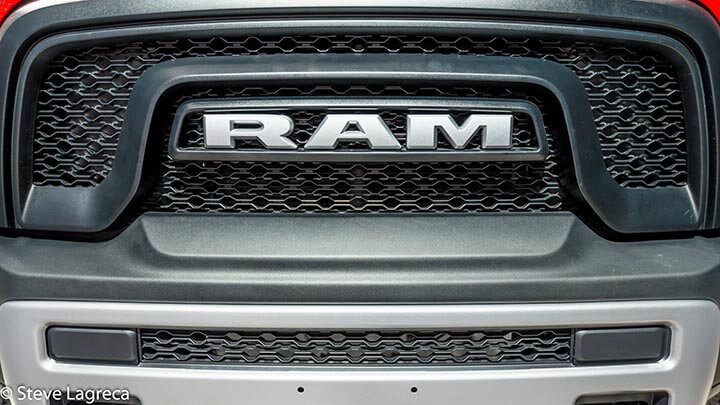 RumbleOn makes it easy to trade in a truck online.

Trading in a vehicle can be a hassle, but not with RumbleOn. Not only is it easy to trade with us, but you can trade a truck for any vehicle in our inventory. Learn how to do it today!

When you think of the “big hitters," immediately the Ford F-150 and Chevrolet Silverado come to mind. Throw the Dodge Ram in there as well, my friends. True truck lovers know the greatness that is the Dodge Ram, but the masses may not be aware of how big of a name it is within truck-loving circles. The Dodge Ram’s history is long and has led to it being one of the best-selling trucks in the market. Its durability, capability, and reliability have been proven over the truck’s lifespan and the same can be said for the newest generation. Ram trucks have been named Motor Trend’s Truck Of The Year to understand this decorated pickup truck, one needs to take a deep dive.

The history of Dodge Ram begins a lot earlier than you think.

Spoiler alert: the Dodge Ram wasn’t officially introduced until 1981. However, it’s important to realize that Dodge and Ram were separated at one point, joined together later on, then broke up again. We’ll get into that later, but all you should know for now is the official Ram name first came to be for Dodge’s line of light trucks from 1932 through 1954. Then, it disappeared until 1981 for the redesigned Ram and Power Ram. This was a result of the retiring and rebadging of the Dodge D Series pickup trucks. A quick history lesson: The D Series pickup was sold by Dodge from 1961 to 1993.

1981: it’s the year the Dodge Ram was officially introduced. Now, Dodge has been making pickups since 1917, but ‘81 was the first year a Dodge pickup sported the Ram name. As a result, Dodge slapped the iconic ram ornament onto the hood after Chrysler’s President and CEO, Lee Leacocca, persuaded designers to use the hood ornament. The hood ornament was first used in 1933 but ceased in 1950. It was only in 1981 that it made its triumphant return. At the time, it was considered an old-school throwback. One could say if the Ram hood ornament returned today, it would also be labeled an old-school throwback.

The model designations were a bit different back then. For example, the letter “D” stood for the truck have two-wheel drive while a “W” designated four-wheel drive. After each letter, there was a number tacked on including 150, 250, or 350. What did the numbers mean? Simple, it was the amount of weight that the truck was able to haul. To put that into context, a 150 meant half a ton, 250 three-quarters of a ton, and 350 one ton.

Four generations and several model designs later, the Dodge Ram remains one of the best-selling and most popular pickup trucks in the country. Though its history may not be as decorated or illustrious as the Ford F-150, the Dodge Ram’s place in America’s pickup truck history is cemented. If you’re a Ford, Chevrolet, or even Toyota truck person, there’s no denying that the Dodge Ram is here to stay and can compete with whatever truck the other manufacturers bring to the table. If you find yourself coming across a used dodge ram for sale, consider making the purchase. Keep rolling, Dodge Ram.

RumbleOn accepts truck trade-ins if you’re into that kind of thing.

The traditional trade-in process can be a real pain in the you-know-what. You’re left feeling angry about how much you didn’t get for your trade-in. When you choose to trade in your vehicle with RumbleOn, not only will you get a fair trade-in value, but you can also trade in your truck for any vehicle in our inventory. Car, SUV, ATV, motorcycle, whatever you wish you can put your offer towards. Want to learn more? Yeah, you do! Visit us at RumbleOn.com today.