The History of an American Icon: Chevrolet Corvette

The Chevrolet Corvette is as American as apple pie.

When you think of America, what comes to mind? For some people, it’s the thought of an apple pie. For others, it’s a mention of two of our greatest presidents, George Washington or Abraham Lincoln. For me, it’s the Chevrolet Corvette.

Ready to sell your car? RumbleOn will send a fast cash offer for your vehicle.

The Corvette is a universally recognized car. Anytime you see one on the road, you immediately know it’s a Corvette. The history of the Corvette is rich with tradition. While the design has changed numerous times throughout its history, it has never wared from its two-door and two-passenger sports body style. In 60 total years of production, the car has yet to fail to impress at auto shows and on the world automotive stage. It is truly America’s sports car.

“America’s sports car”: Corvette’s history alone makes it one of the most sought-after sports cars in the world.

The year was 1953. GM had just debuted its latest sports car and boy, was it a beaut. There was just one problem: the car didn’t have a name. Were it not for Public Relations assistant director Myron Scott, the car would be named something completely different. He recommended “Corvette” after a small maneuverable warship that bore the same name. The first Corvette model was, interestingly, a convertible. It was introduced as a concept at the GM Motorama in 1953. The car was originally manufactured in Flint, Michigan and St. Louis, but as of 1981 manufacturing was moved to Bowling Green, Kentucky.

Seven generations have gone by (with the eighth coming in 2020), and each had their own distinctive look. When you see a Corvette, you just know that it is one. It’s an all-around badass car. Let’s dive into each generation a little bit more. 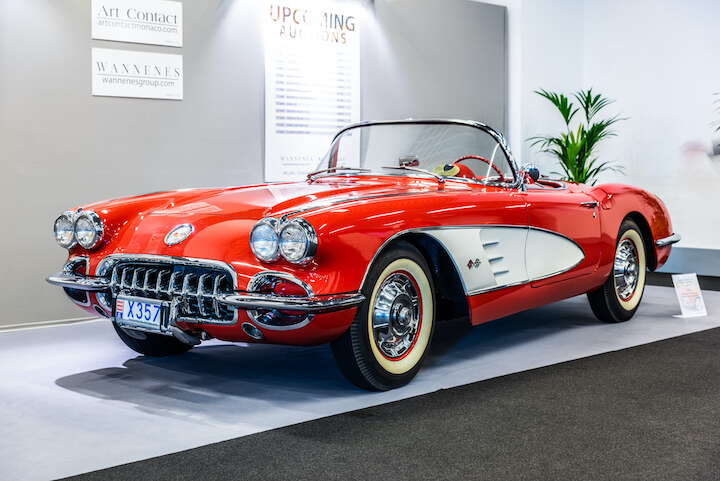 Introduced in 1953 and ending in 1962, this was the official introductory generation. It’s often referred to as the “solid-axle” models. There were 300 hand-built polo white Corvette convertibles produced for the 1953 model year. If you own one, consider yourself lucky (and rich). 1956 saw a new body featuring a new “face” and side coves and the tail-lamp fins were gone as well. 1958 introduced a body and interior freshening complete with a longer front end and quad headlamps. The rear of the car was completely redesigned in 1961 with the addition of a “duck tail”. This was the generation that introduced the “Sting Ray” model. It was because of this specialized model had the largest effect on the styling of this generation. 1963 was the first year of a Corvette coupe that featured a distinctive tapering rear deck. The Sting Ray had hidden headlamps, non-functional hood vents, and an independent rear suspension. Corvette’s chief engineer never liked the rear split-window design because it blocked a driver’s vision, but a model with a rear-split window was produced anyway. 1963 was the only model year the split-window was produced, making it the most valuable Corvette model. 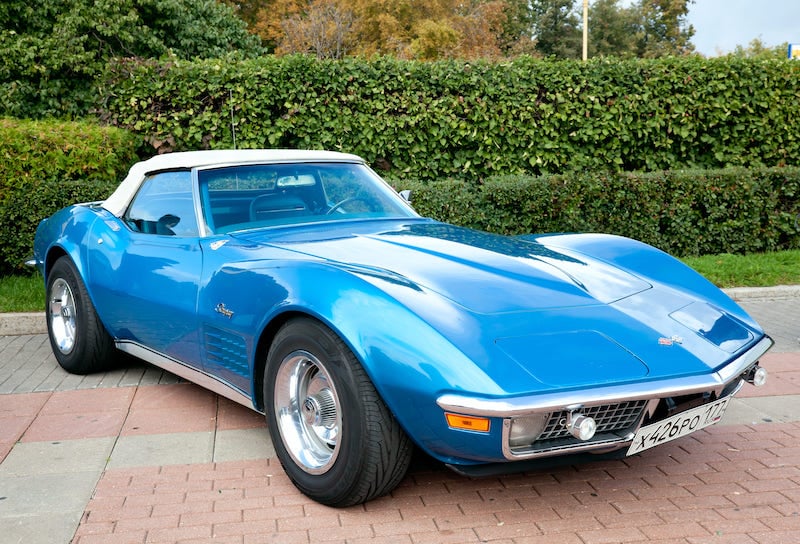 The third generation was patterned after the Mako Shark II concept car and looked straight-up mean. The Corvette’s first use as an official Pace Car for the Indianapolis 500 was in 1978. The body and interior were completely new for the third generation. To accommodate regular low-lead fuel in 1971, engine compression ratios were lowered resulting in much lower power ratings. The car’s styling changed slightly throughout the years until 1978 with Corvette’s 25th anniversary. The 25th-anniversary model introduced the fastback rear window and updated interior. 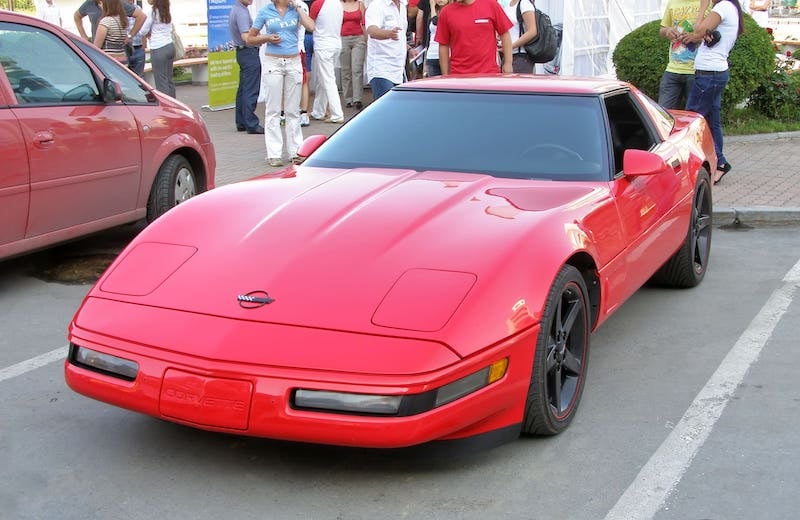 This generation was the first complete Corvette redesign since 1963. 1984 through 1988 Corvettes offered a Dough Nash design “4+3” transmission. This featured a 4-speed manual hooked up to an automatic overdrive on the top three gears. This was done because of the strict U.S. fuel economy standards. In 1986, the second Corvette Indy Pace Car was produced. It was also the first convertible since 1975. Towards the end of the fourth generation, Chevrolet released the Grand Sport version in 1996. 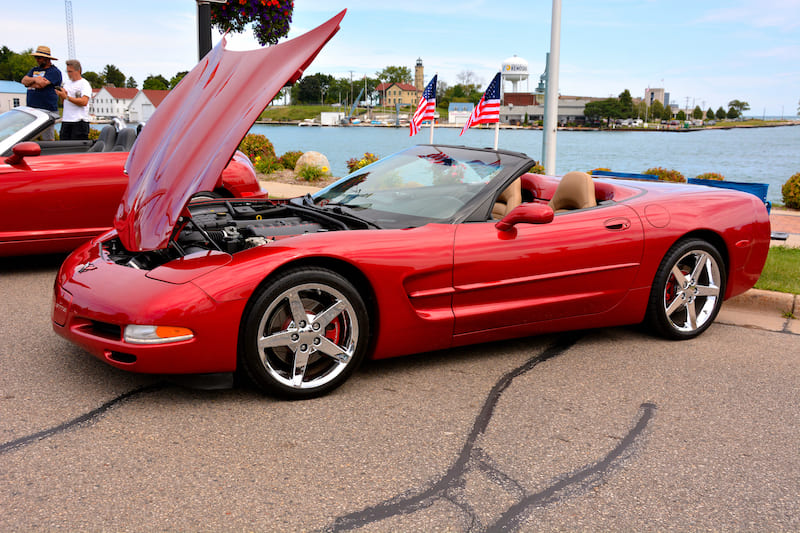 The fifth generation is known as the most completely redesigned Corvette since the car’s introduction in 1953. Production began in 1996 but due to quality and manufacturing issues, it was delayed until 1997. Featured in the car was a new LS1 aluminum engine featuring individual ignition coils. For the first year, you could only buy the car in a coupe trim but the convertible followed up in 1998.

Slight body modifications and an updated interior were added to this generation. As a result of this newest interior, there was a small increase in passenger hip room. The LS1/LS6 engine was now called the LS2. The only downgrade for this model was a dip in fuel economy compared to the fifth generation. The ZR1 was announced in 2007 that featured a supercharged 6.2-liter engine. In 2011, buyers of the Z06 and ZR1 were given the unique opportunity to assist in the build of their engine of choice that was known as “Corvette Engine Build Experience.” 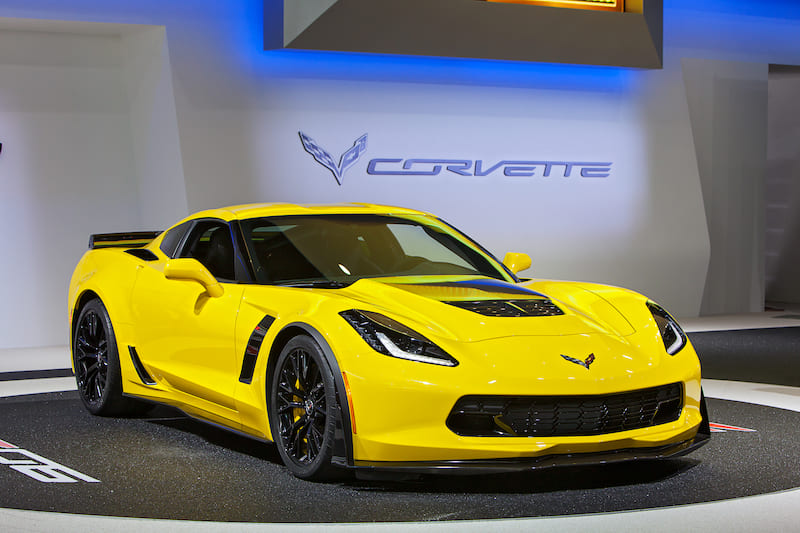 The seventh generation Corvette was supposed to be produced in 2011 but was delayed for three years. There were all new features including a carbon fiber hood and removable roof panel for those that wanted to purchase those options. The “Stingray” (Originally spelled “Sting Ray” from 1963-1967 and “Sting Ray” from 1969-1976) was resurrected for this newest generation. This generation also featured the last front-engined corvette: a black Z06 that was auctioned off on June 28th, 2019 for $2.7 million at the Barret-Jackson Northeast auction.

The 2020 Corvette made its debut within a three-month timeframe. The coupe was introduced on July 19th with the convertible debuting three months later. Both the coupe and convertible are powered by a 6.2 liter V8. This generation features a first of its kind for the Corvette: a retractable hardtop convertible roof. Also, this is the first Corvette to have a mid-engine configuration.

Trying to sell a car? RumbleOn can help with a fast cash offer.

Sell your vehicle to us and you’ll receive a cash offer in 15 minutes or less. We send fast payments and take care of the hard work. We’ll even pick up your car for free. Forget leaving your home or dealing with strangers. RumbleON is quick, easy, and convenient. RumbleOn answers the question, “Where should I sell my car?” Get your free cash offer in 15 minutes or less today.