Get Your Kicks With the History of Legendary Route 66

Route 66 is a national landmark for good reason.

I love history. It was one of my favorite subjects growing up and as the years have gone by my love for it has grown exponentially. So, today we are going to talk about a road. Not just any road, either. 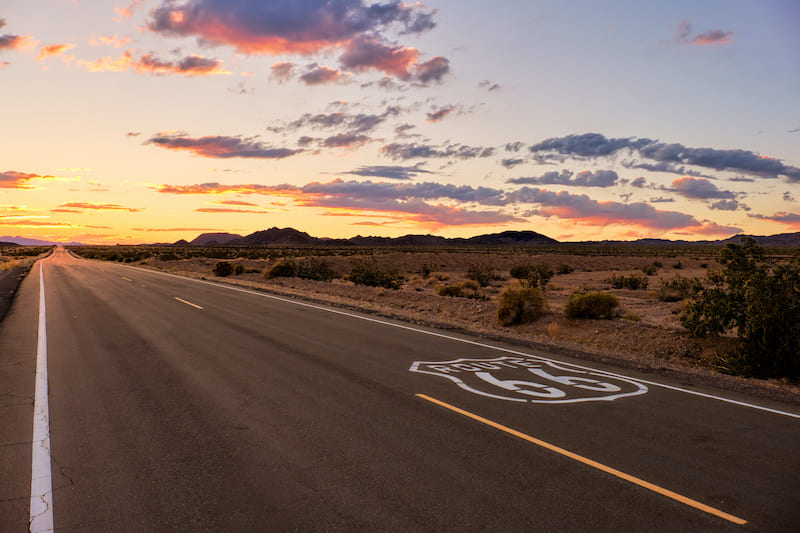 RumbleOn is the best place for an online car trade!

It's never been easier to trade a car than now with RumbleOn. You can trade your old vehicle for anything in our inventory. So, if you're asking yourself,"Should I trade in my car online?", you should do it with RumbleOn and choose any vehicle you want.

This road was one of the original highways in the U.S. Highway System and is the most recognized in today’s driving culture. It stretched 2,448 miles and covered seven states in its entirety. It’s the one and only Route 66.

Interestingly, additional orders saw him testing the feasibility of using camels as pack animals in the southwestern desert. This road became part of Route 66 USA. By 1913, parts of the highway begin to come together. Before numbered highways were even a thing, named auto trails would be marked by private organizations.

The eventual Route 66 was covered by three highways: The Lone Star Route, National Old Trails Road, and Ozark Trails system. Each of these highways connected one major city to another but wouldn’t allow for cross-country traveling from one far destination to the other.

Finally in 1925, Congress passed comprehensive legislation allowing for a national highway. A connection from Chicago to Los Angeles was the inspiration and the American Association of State Highway Officials was lobbied hard enough to put the original 1925 construction plans into place. Thus begins the story of Route 66.

Obviously, questions like, “I wonder what car gets the best gas mileage?” or, “Do you know how to save gas while driving?” never entered anyone’s mind in Route 66’s heyday. Automobiles were celebrated especially considering they hadn’t been around for too long and only affordable to a certain class of people. 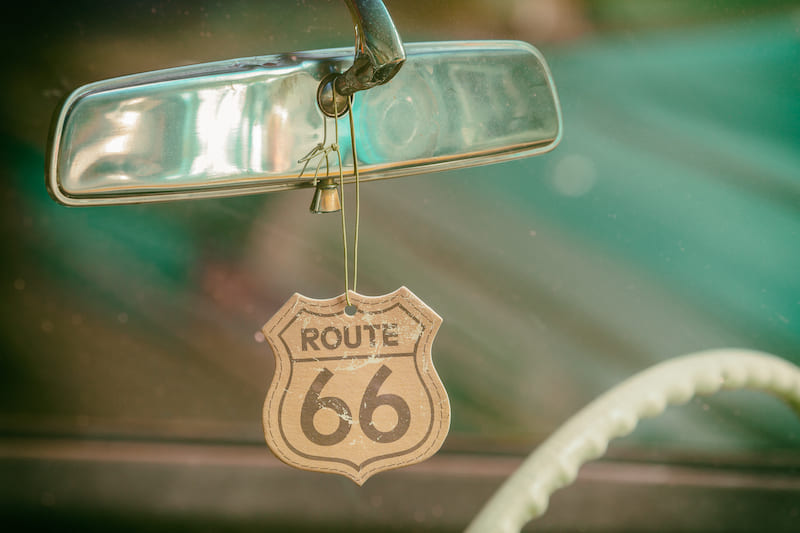 It was the only major highway that connected half of the country together otherwise your only option was to travel by train or plane. During the Dust Bowl of the 1930's, US 66 served as a primary route for individuals and families moving west. The road also helped support economies of communities it passed through. Some businesses prospered throughout its use. The highway would see many improvements and realignments over the years only to be officially removed from the United States Highway System in 1985.

While the entire highway is no longer in use, several states have adopted significant bypassed sections of the former highway into their state road networks as State Route 66. In some larger cities such as Chicago, there are markers indicating the original location of 66 with signs reading, “Historic Route 66” but there are some disregarded portions of the road scattered throughout the seven states.

I’m a big fan of historical trivia. And, when it comes to any kind of trivia related to Route 66, I’m more than willing to share as much of it as possible:

For as short a time period as Route 66 existed, its legend has only grown since then. It’s a true American treasure, and one that continues to capture the imagination and curiosity of motorheads across this great land of ours.

Shop used cars on RumbleOn and take them for a spin down Route 66.

RumbleOn is your first-stop-shop to buy a used car. We have plenty of cars for sale online in addition to trucks and SUVs. We provide the same 30-Day Mechanical Guarantee, 3-Day or 150-mile Money Back Guarantee you've come to expect. We also include a third-party full condition report and can ship straight to your door. Learn more today!