With a 71-year history, the Ford F-150 has helped propel the Ford Motor Company name.

The Ford F-150 is not just a legend in the Ford lineup, it’s an icon within the American automotive ranks. It’s literally stood the test of time. From its birth in post-WWII America to now, it has garnered many awards. The most notable of said awards? Its place atop the best-selling mountain has yet to be overtaken. 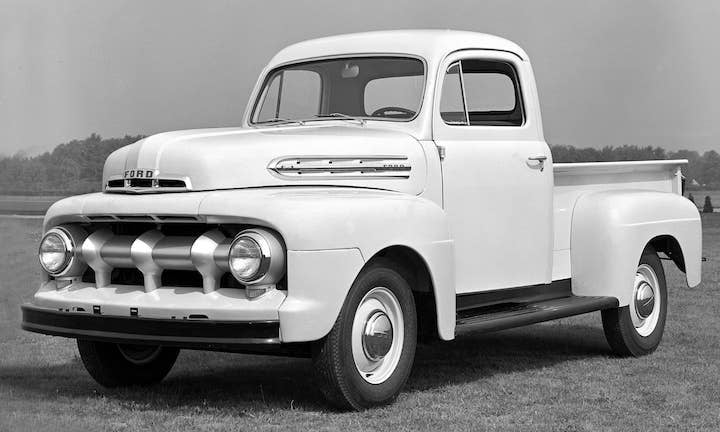 When it comes to finding trucks for sale online, start and end with RumbleOn.

It has more than earned its place in the American landscape by consistently delivering rugged value and innovation. From its humble beginnings as the Model TT Pickup to today’s version, the Ford F-150 continues to shine as one of America’s best vehicles. Truck lovers are already well aware of its prowess, but car enthusiasts may not be aware. This one’s for you.

Though the F-150 has a lengthy history, did you know it wasn't Ford's first truck?

The first Ford F-Series trucks debuted in 1948 and were known as the Ford Bonus-Built trucks. However, these weren’t the first trucks Ford had built. The Model TT truck hit the pavement in July 1917, nine years after the Model T. Sold at a modest $600, Ford sold 2019 units in its first year. Ford continued to build variations of the Model TT that had its own success. 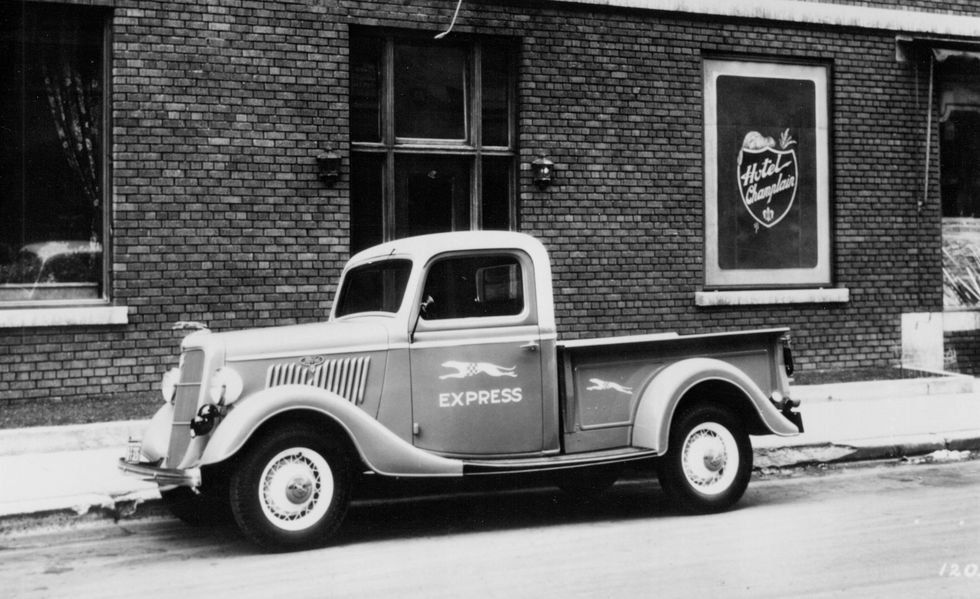 In 1935, Ford’s Model 50 truck entered the automotive world. It shared many of the styling attributes of its passenger-car brother. Powered by the iconic Ford flathead V-8, it was a popular choice. However, production came to a screeching halt in 1941 as Ford shifted its focus to assisting in the American war effort.

As World War II ended, Ford started work on its next generation of trucks. This particular series of trucks would begin what we now know as the F-150. Ranging in size from the half-ton F-1 pickup to the cab-over F-8, this lineup began the comprehensive truck strategy.

This would be the start of a 13-Generation run for the F-150, and it doesn’t plan on ending anytime soon. Even if Ford decided to stop advertising its famous truck, plenty of people would line up to buy the truck anyway. It’s that much of a household name and one that has helped it become the best-selling truck, not to mention vehicle, in America.

It’s simple: the Ford F-150 is irresistible. It isn’t just its looks that make it that way either. Before you purchase any vehicle, you want to know that it can be reliable. Well, reliability is a major part of why the F-150 has remained a best-selling juggernaut. Did you know there are more F-Series trucks on the road exceeding 250,000 miles than any other truck brand? It’s true. The reason for this is the rigorous testing Ford puts each truck through. Road tests including long hauls with heavy trailers through all sorts of different climates certainly helps. Each part of the truck is specially engineered, too. Each shock, spring, tire, suspension system, engine, transmission, and exhaust system is put through the wringer.

Nowadays, gas efficiency is a major factor when you’re deciding on a vehicle. Surprisingly, the F-150 fuel efficiency is quite good. I know what you’re thinking, “...But, it’s a truck. All trucks get horrible gas mileage.” Not so, friend. Give it up for Ford’s engineering team as they’ve worked for years on improving the F-Series fuel efficiency. What makes it so fuel efficient? Military-grade aluminum, a weight displacement that’s 700 pounds less, and an upgraded 3.5-liter turbocharged EcoBoost engine. It generates 365 horsepower and 420-ft-lbs of torque, which nets 19 mpg in the city and 26 mpg on the highway. That’s impressive!

A new Ford F-150 is a beautiful truck, but don’t feel like you can’t enjoy a  used Ford F-150. There’s a reason they’re all over the road, and it begins with the above three qualities. In its long 71-year history, the Ford F-150 has proven to hold its own in a car-dominated world. It’s more-than-deserving of its best-selling status. If you’re looking for a hardworking truck that will keep you on the road for many miles to come, consider a Ford F-150.

Buy used trucks from RumbleOn. You'll be glad you did!

RumbleOn's inventory is packed with trucks of all sizes ready to call your driveway its home. There are plenty of perks to take advantage of including a 30-Day Mechanical Guarantee, 3-Day or 150-Mile Money Back Guarantee, third party full condition report, and affordable shipping to your driveway. Our inventory is waiting, so shop used trucks today with RumbleOn!