If there’s one place in the continental United States that comes close to being a literal paradise, it’s Miami. Crystal clear water, beautiful beaches, millionaire mansions lining the coast, insatiable Latin influence -- you get it all. To visit Miami is to step inside a tropical bubble that’s rich in culture where everything is beautiful. Heck, even the people are beautiful.

Tourists come everywhere in the world for a taste of the States’ fun-in-the-sun hot spot. In fact, the rest of the world has taken quite the shine to Miami resulting in a second-to-NYC ranking as a major tourism hub.

Roll into Miami on a new set of wheels. Shop used SUVs, cars, trucks, and more!

Stop Miami traffic in its tracks in something shiny and big. Check out our SUVs for sale, trucks, motorcycles, and other cars for sale online. And remember, each car, truck, and SUV comes with a 3-Day or 150-Mile Money Back Guarantee, 30-Day Mechanical Guarantee, third party full condition report, and affordable door-to-door shipping.

Background and History of Miami, Florida

Miami is the cultural, economic and financial epicenter in South Florida. Covering an area of roughly 56 square miles, it’s easy to see why its importance is so influential in not just Florida, but the country as well. It’s home to 6 million people and boasts the third tallest skyline in the U.S. with over 300 high-rises.

History wise, Miami has a lot of it. The area was originally occupied by the Tequesta Native American uninterrupted for close to 2,000 years before the Europeans came ashore. In 1566, admiral Pedro Menéndez de Avilés, Florida’s first governor, claimed Miami was owned by Spain. Spain and Britain both ruled Florida until Spain ceded it to the United States in 1821. Curious about the heavy Cuban presence? After Fidel Castro gained power following the Revolution in 1959, many affluent Cuban families relocated to Miami. Since then, the Latin-American influence has blossomed making Miami the second-largest U.S. city with a Spanish-speaking majority.

Ocean Drive
South Pointe Dr. | Miami
It’s the most iconic stretch of road in Miami full of colorful lights, art deco, fancy cars, and palm trees as far as the eye can see. 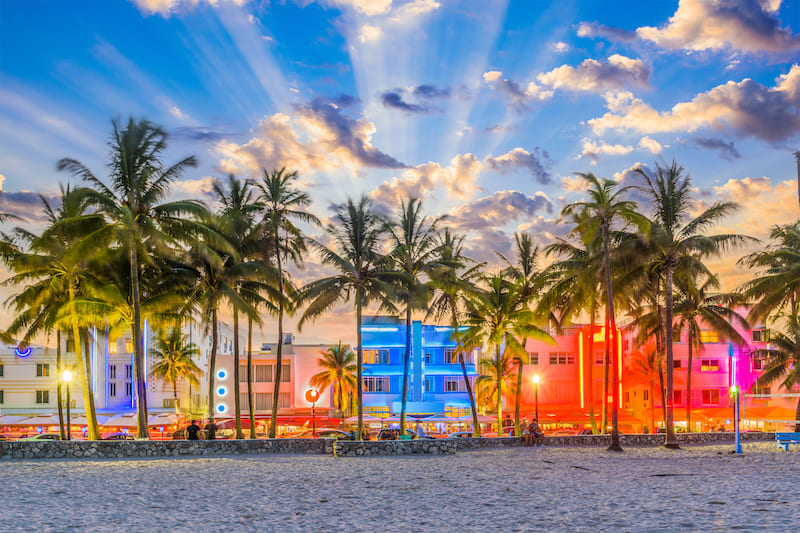 Miami Beach
Miami Beach | Miami
This city is connected by bridges to Mainland Miami and boasts one of the most popular stretches of beaches in the world, South Beach.

Villa Vizcaya
1549 El Prado | San Diego
The estate and gardens are a National Historic Landmark that features a sprawling Italian Garden that is a healthy refuge from the city’s hustle and bustle.

Everglades National Park
40001 State Rd. | Homestead
Located 30 miles west of South Beach, visitors can get an intimate look at the Everglades and its wildlife while riding airboats. 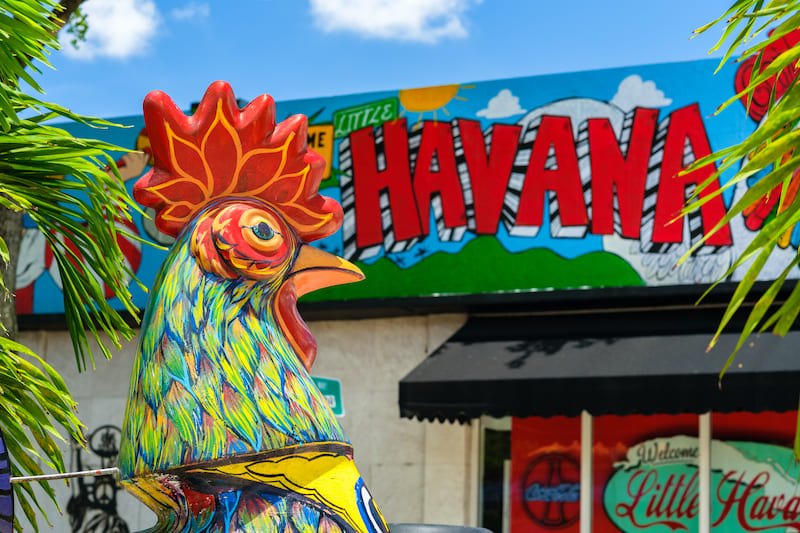 Miami is breathtaking during the summer. Start planning your next road trip now.

Gorgeous beaches, fun nightlife, and some of the best food in the country. You know you want to visit Miami. And the best way to do it is in a new set of wheels. It’s never been easier to buy used cars online as well as SUVs than with RumbleOn. Our inventory is huge. Not really a car or SUV type of person? We have used trucks for sale, too! Each one comes with a Mechanical Guarantee, Money-Back Guarantee, affordable shipping to your door, and a full condition report. Buy differently, with RumbleOn.