Boston is old -- really old. 400 years has never looked better, though, and the city remains one of the most storied and celebrated in the country. It’s truly the only place in the world where you can “Pahk the cah in Hahvahd Yahd.”

Beantown is truly unique, especially from a historical standpoint. Yes, everyone knows about the Boston Tea Party and how significant an event that was not only for the city but the soon-to-be formation of the United States as well. While often in the shadow of bigger East Coast cities like New York and Philadelphia, Boston is unlike either of the two in every way. Bostonians are a proud bunch and have every reason to be. There’s no other city in the country that can hold a flame to the history of Boston. Without Boston, the United States would still belong to Great Britain. 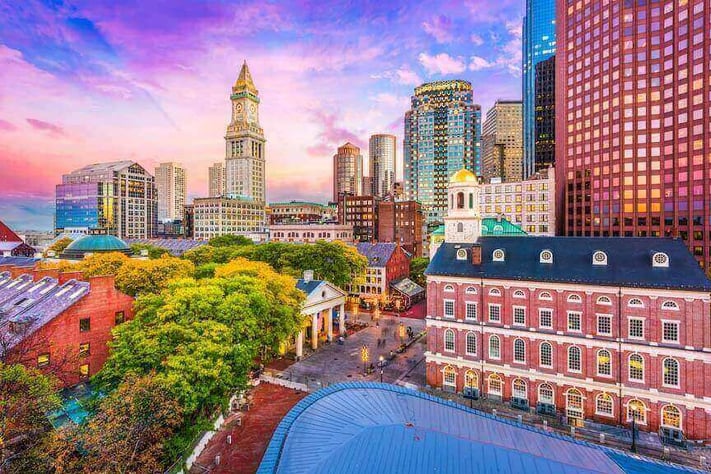 Background and History of Boston

Boston is both the capital and most populous city in the Commonwealth of Massachusetts. The area covers 49 square miles with a population of 4.9 million as of 2019 making it the tenth-largest city in the country.

Boston is one of the oldest municipalities in the United States. It was founded in 1630 by Puritan settlers from England. The American Revolution practically took place in Boston with such historic events including the Boston Tea Party, Boston Massacre, Battle of Bunker Hill, and the Siege of Boston. The city is also responsible for many “firsts," including the country’s first subway, public beach, chocolate factory, Thanksgiving celebration, lighthouse, and college (Harvard). Today, the city is highly regarded as a booming center for scientific research as well as a port of entry for commerce and international immigration.

Whether you’re a sports fan or not, one mustn’t leave this city without visiting “America’s Most Beloved Ballpark” which saw the likes of Babe Ruth, Ted Williams, and others.

This 2.5-mile path meanders its way through Downtown passing by 16 historic locations that are significant to the history of the United States.

An iconic neighborhood nestled in the center of the city, this area contains well-kept brick homes in Federal and Greek Revival styles, as well as its famed cobblestone streets. 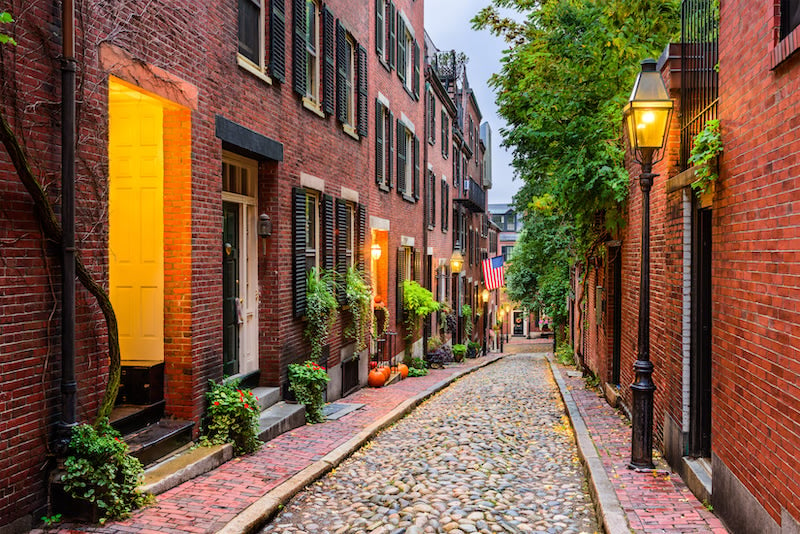 The city’s business district complete with an amazing view of Harvard University, it’s a commercial center for the university’s students and tourists alike.

Dedicated to the memory of the 35th president, the Library is a vibrant tribute to the life of JFK containing hundreds of personal and official effects.

Planning to move to Boston?

If you are planning to move to an old city, such as boston, you'd be better with a compact car than an SUV. Get your trade-in value the easy way with RumbleOn. We'll give you a no-hassle offer for your vehicle in minutes. It's never been easier to trade in your ride!