Famous Movie Cars Are the Real Stars of the Silver Screen

Movies just aren't the same without a super-cool car.

Going out to a movie or plopping down on your couch to watch one is practically a national pastime. It’s amazing how readily available movies are these days; how you can literally find any movie you want with the click of a mouse or smartphone. Besides the acting, cinematography, and music that’s so recognizable in movies, people often forget about one of my favorite parts: the cars. 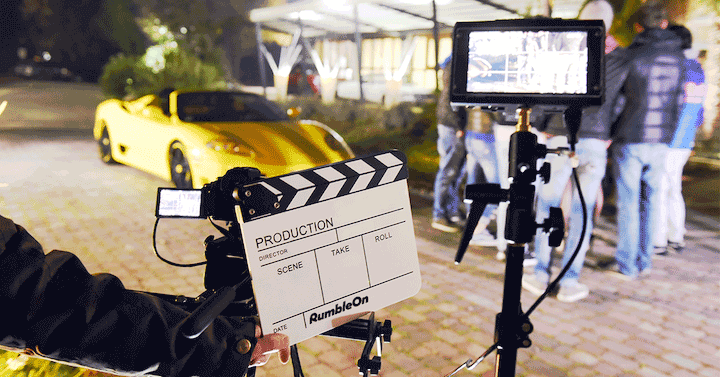 Trade a car for anything in RumbleOn's inventory!

RumbleOn makes an online car trade easy and you can use your free cash offer as trade-in value for any vehicle in our inventory. "Should I trade in my car online?" You absolutely should with RumbleOn!

After rummaging through everything I could think of and research online, I came up with a Top-5 list of the cars we love most. There were some hard choices to make and famous cars that didn’t make the final list, but I think you’ll approve of these choices. Are you ready to take a trip down memory lane?

Since bursting onto the scene in the 1960’s, the Batmobile has been an iconic vehicle from comic books to television shows and the movies. I could’ve gone with any rendition of the Batmobile, but I’m keeping it real with the 1980s version. In my opinion, it just doesn’t get any better than Tim Burton’s rendition of Batman in 1989. With an all-black and sleek look to the it, it’s no wonder why the Joker and his goons didn’t take Batman for granted. It was built on a Chevrolet Impala chassis with customizations throughout. Good luck getting your hands on one though: only two screen-used Batmobiles exist and are both spoken for by the Petersen Automotive Museum in Los Angeles and film producer Jon Peters. Maybe in my dreams I’ll be able to drive one.

The Bluesmobile (The Blues Brothers, 1980)

Jake and Elwood Blues were on a mission from God but couldn’t have done it without the Bluesmobile. As the story goes, Elwood purchased the car at a police auction after turning in their previous Bluesmobile for a microphone. “It’s got a cop motor, a 440-cubic-inch plant. It’s got cop tires, cop suspension, cop shocks. It’s a model made before catalytic converters so it’ll run good on regular gas.” The car is a 1974 Dodge Monaco that was previously owned by the California Highway Patrol. 13 of these were used during filming and it’s easy to see why. They don’t make police cars quite like they used to.

If you’re an 80’s kid, or just a fan of fantastic movies in general, a DeLorean should always invoke any and all Back To The Future references. Marty and Doc zipped their way through the time continuum for three films and worked perfectly with a futuristc look. The film has stood the test of time, however, the DeLorean has not. The Time Machine was a 1981 DeLorean DMC-12 that was originally powered by a V-6 that was replaced with a V-8 from a Porsche 928.  Time machines need to be powerful so it makes sense why they decided to increase the horsepower. If you’re lucky enough, you’ll find a Back To The Future superfan that owns a replica of the car. I’ve seen some before and it’s quite the head-turner. 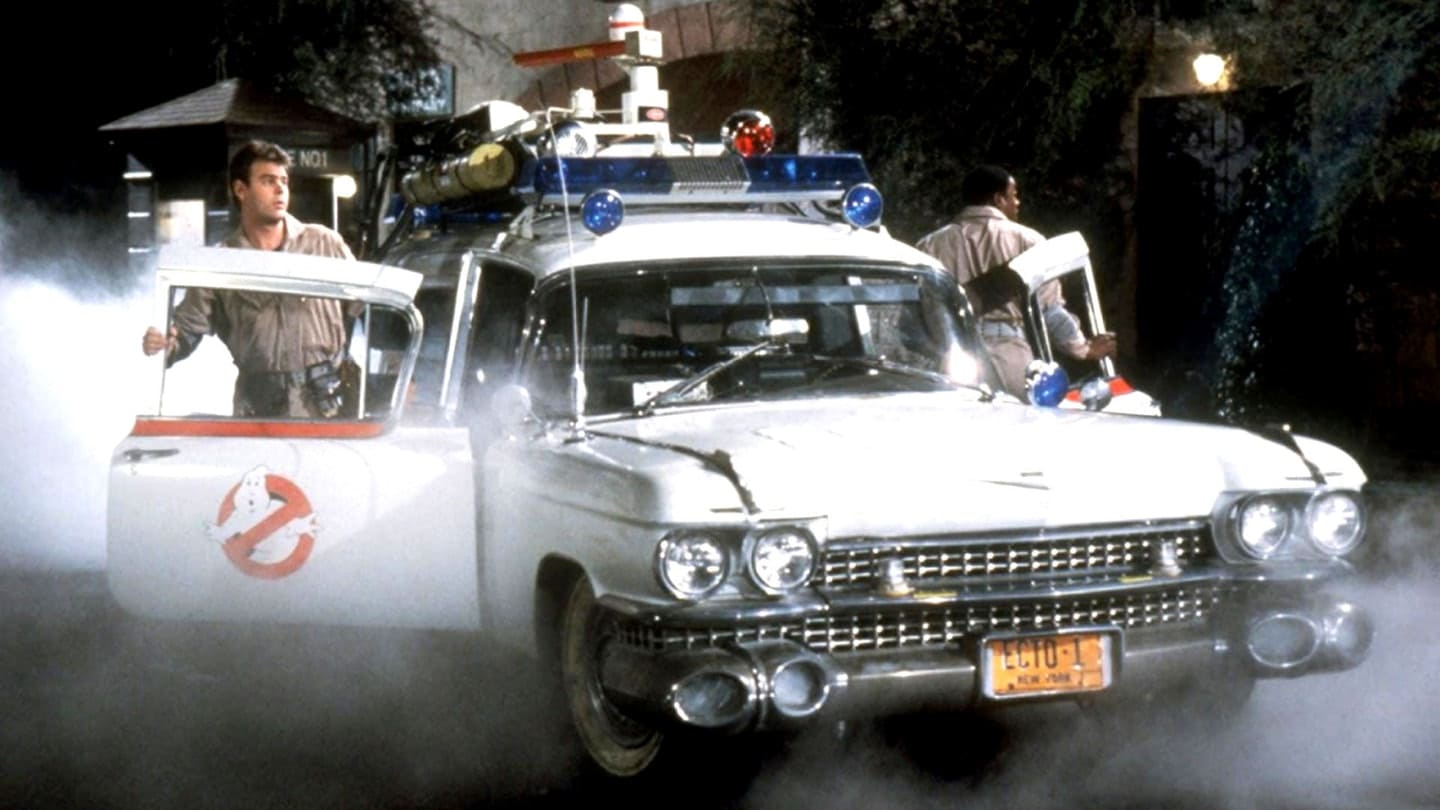 Maybe the most recognizable car on this list, the Ecto-1 is simply badass. Ghosts never stood a chance when this car rolled up to spooky locations. I wish I had this car in my garage just for the head-turning it would cause. There were many reincarnations of the Ecto-1 for filming purposes, but the original car is a 1959 Cadillac Miler-Meteor ambulance conversion. After decades of sitting in the Universal back lot literally rotting away, it was restored a few years back. A little fun trivia for you: shortly after the movie’s release in 1984, the car was driven throughout New York City and caused a slew of accidents due to other drivers being easily distracted. To be fair, I’d probably crash my car if I saw the Ecto-1 out and about in my city, too. 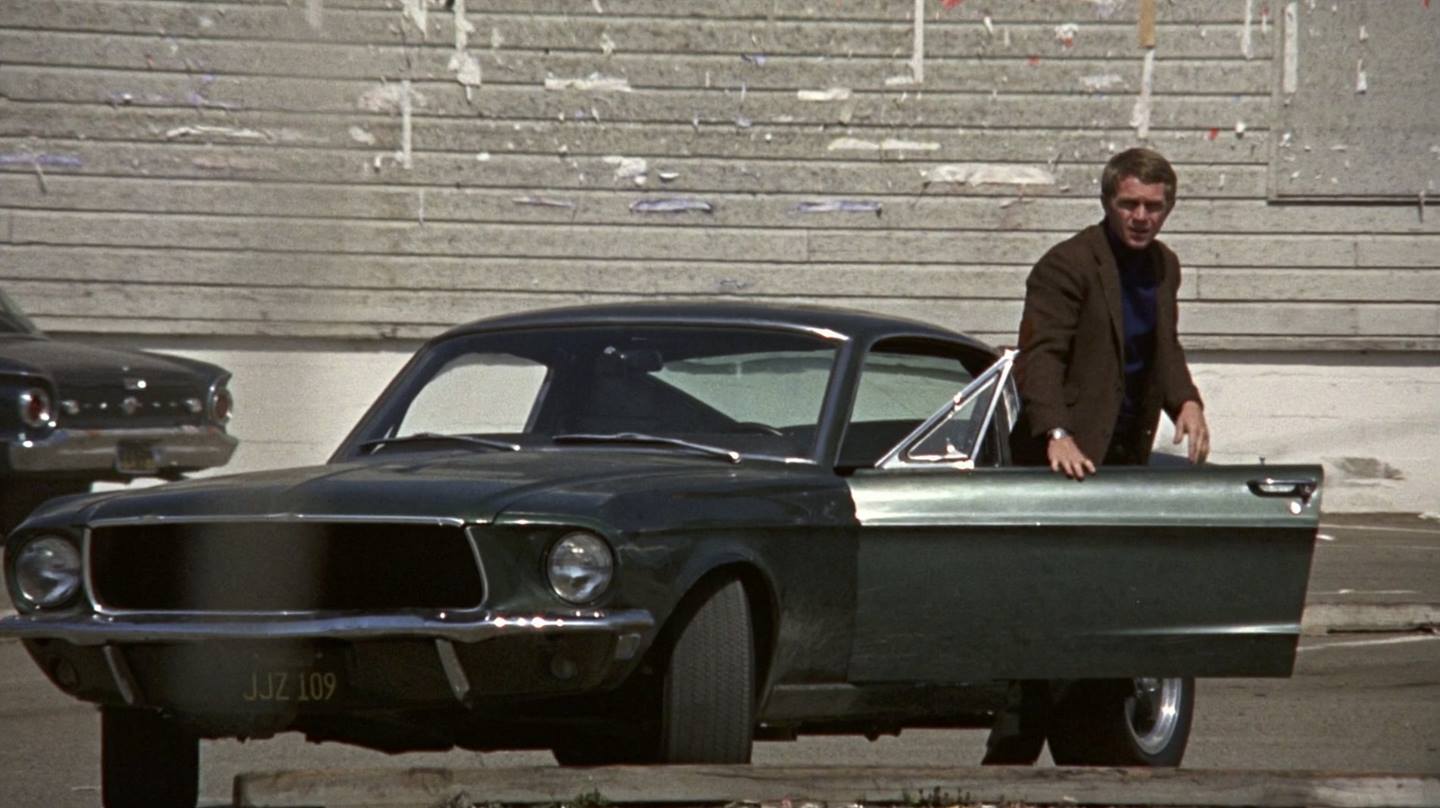 Steve McQueen, aka “The King of Cool”, needed his trusty steed for this late 60’s classic, and how trusty it was indeed. Meet the 1968 Ford Mustang GT 2+2 Fastback. If you’re a fan of cars in general, the whole film is full of eye candy. Two Mustangs were used for filming and though many believe Steve McQueen did all of the driving, most of the chasing scenes involved the McQueen’s stunt double. After filming wrapped, one of the Mustangs was junked while the other found its way to a barn decades later. The car was so popular that Ford decided to create a “Bullitt” line for buyers who are huge fans of the movie.

So, there you have it. Your list may differ from mine, of course, but there’s no denying the impact these cars have made in our memories. If I ever win the lottery, one or all of these will be in my possession.

RumbleOn gives you the freedom to trade for any vehicle in our inventory.

Trying to sell your current car can be a hassle especially when it comes to trades. Have you thought about trading in your car? RumbleOn offers cars for sale online, too. You can buy a used car, trade one in, and even sell one if you want. What's your car trade-in value?