Go Big or Go Home: The Baddest Rides On The Road

Hefty Pickups and Awesome Off-Roaders, here are the biggest and baddest rides.

America is the land of the free and the home of the brave, but it’s also the home to the biggest and baddest rides in the world. Hop on any highway in this country and you’ll see some gargantuan vehicles rolling right by you. RumbleOn has used SUVs for sale. Get your hands on one.

It’s easy to buy used SUVs online with RumbleOn. There are plenty of suvs for sale online, but only at RumbleOn do you get a 30-Day Mechanical Guarantee, 3-Day or 150-Mile Money-Back Guarantee, third-party full condition report, and affordable door-to-door shipping!

The good ol’ USA loves its vehicles, especially when it comes to big SUVs and trucks. Americans want everything bigger and badder, and when it comes to the vehicles we drive, if you have the money to burn, bigger vehicles are sure fun to drive.

“Show me those big SUV models and bad pickup trucks!”

Remember when I said the United States has some really big and bad vehicles? There are seven vehicles in particular that go above and beyond in size. I call them mammoths. Without further ado, let’s take a closer look at the best of the biggest, or as I like to call them, the Monsters: 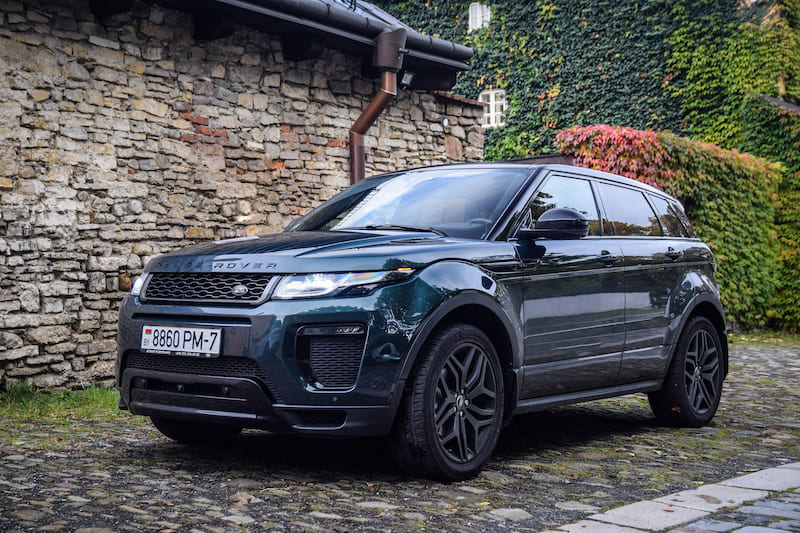 ultimate driving experience, state-of-the-art technology, and more. It’s powered by a supercharged (you read that right) 5.0-liter all-aluminum Jaguar engine that produces 510 horsepower. It has air suspension that gives the driver three ride-height setting and an additional setting if the other three don’t satisfy you while you’re offroading. It has Land Rovers’ patented Terrain Response system, incorporates electro-hydraulic active anti-roll bars that react to cornering forces that result in superb on-road handling. To put it frankly, this SUV has it all. The Chevrolet Avalanche was a short-lived pickup truck that began production in 2001 and ceased in 2013. While it wasn’t in the market for long, it made its presence known as one of the biggest vehicles on the road. It came in three trim levels (LS, LT, & LTZ) with each offering their own unique goodies which for the time were considered the cream of the crop: OnStar telematics system, keyless entry, Bose CenterPoint amplified surround sound system, aluminum interior trim, StabiliTrak, traction control, Bluetooth hands-free telephone system, and XM Satellite Radio just to name a few. 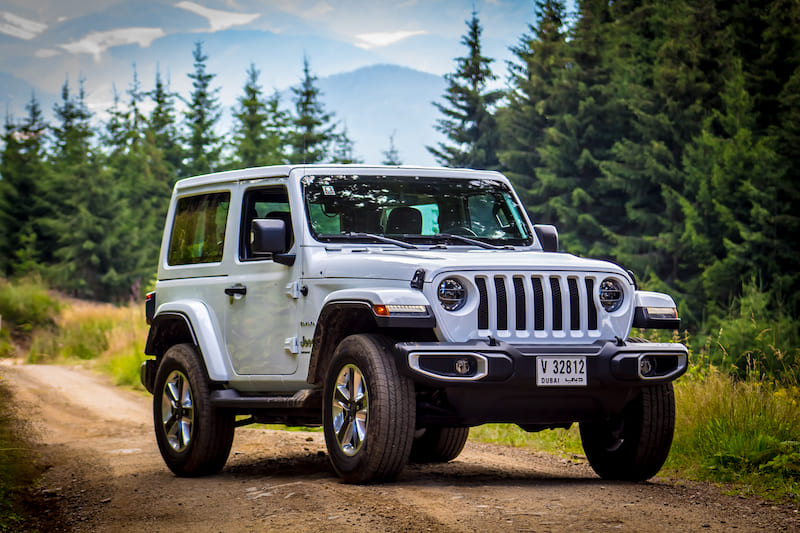 When you think big cars, the Jeep Wrangler should automatically come to mind. Personally, I think it’s the best SUV for what it offers. Unlimited offroading capability, updated interior, and the same Jeep Wrangler features that have helped it maintain its stellar reputation over the last few decades. It doesn’t offer any flashy interior technology or luxury components, but it still maintains the Wrangler-only separate body and frame, rigid live axles in the front and rear, tapering nose design with flared fenders, a fold-flat windshield, and the ability to drive without doors. It’s a Jeep thing, you wouldn’t understand. Some might consider this a luxury truck, and it certainly appears that way. It has a mean look about it with the engine to match. A 3.6-liter V-6 with 305 horsepower or 5.7-liter V-8with 395 horsepower come with the 2019 model and, interestingly, it’s 225 pounds lighter than its predecessor. It also comes with a fantastic infotainment system including 8.4-inch or 12.0-inch touchscreen, 19-speaker Harman Kardon audio system, Apple CarPlay and Android Auto, fuell LED headlights, 360-degree view camera system, electronic locking rear differential, and more. It also comes in 2-wheel or 4-wheel drive. From 2002-2009, the Hummer H2 ruled the road. It was an attempt by the car manufacturer to create a regular-sized Hummer that wasn’t anywhere as big as its predecessor but retained a similar look. All engines offered were V-8 and ranged from 316 horsepower to 393 horsepower. The 2008 model went through a complete restyling and new engine: a 6.2-liter V-8 with 393 horsepower. Unfortunately for the H2, its heyday came during the economic downturn which resulted in higher-than-normal gas prices. The demand for the vehicle fell and ended with it no longer being produced. For its time in the market, it was a heavy hitter on the road. 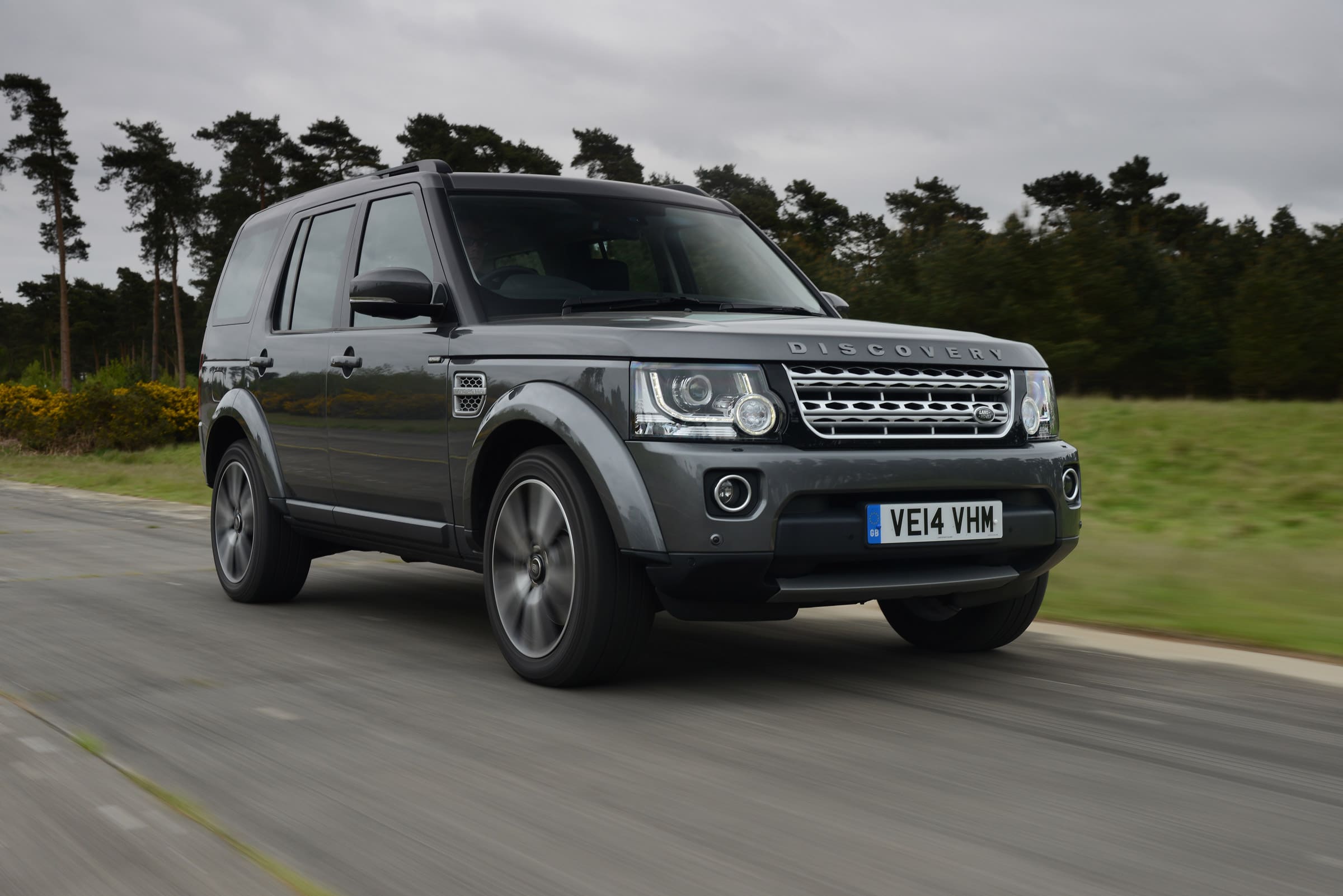 The Land Rover LR3, or Discovery 3 as it’s more widely known, was launched in 2004. Much like the series II, it was basically an updated version of its predecessor. It featured a full independent suspension system as well as an air suspension system just like the Range Rover Sport. Engines for the vehicle were all from Jaguars -- Land Rover’s sister company at the time. Included is even a V-6 diesel engine that was thought to be the biggest seller in Europe. The Discovery 3 featured a new interior and exterior design. The style has been described as minimalist and has enough room for up to seven passengers. The vehicle’s navigation functions featured the typical road map navigation as well as off-road navigation and four-wheel drive information mode. Much like the Dodge Ram 1500, the GMC Sierra 1500 is lighter than its previous model. New to this lineup is a diesel engine as well as a carbon-fiber bed and MultiPro custom tailgate with six positions. There are three engines available in the 2019 model including a 5.3-liter V-8, 6.2-liter V-8, and the aforementioned 3.0-liter turbodiesel I-6. The 5.3-liter engine is paired with an eight-speed automatic transmission while a 10-speed automatic is paired to the other two engines. Available features include  a head-up display, 360-degree view camera system, alloy wheels, rear camera mirror, and adaptive ride control. GMC really outdid itself with this latest iteration of the Sierra 1500.

The only place you should shop used trucks and Jeeps is RumbleOn.

RumbleOn has plenty of used trucks for sale and makes the buying process easy. No need to worry about long, drawn-out negotiations or days spent at the dealership: RumbleOn is hassle-free and quick. When you buy used trucks online from RumbleOn, each vehicle comes with a 30-Day Mechanical Guarantee, third-party full condition report, affordable door-to-door shipping, and a 3-Day or 150-Mile Money Back Guarantee. Get started by browsing our online inventory of used trucks today!