A Salute To the Jeep Wrangler’s Military Backbone

The American military Jeep: the vehicle that truly stands alone.

When you think of iconic vehicles, there are a handful that certainly come to mind. The Jeep Wrangler should definitely be included in the list. Its history and look is closely associated with the U.S. military, specifically World War II.

Besides being a car buff, World War II is my favorite historical era, and the vehicle that would become the Jeep Wrangler played a major role in helping secure victory for the Allies. You’d never guess just how important the Jeep is for America’s automotive history just by glancing at a new one. It’s not too far-fetched to say that without the Jeep, America’s chances of winning the Second World War wouldn’t have been as great.

The U.S. military Jeep was introduced in World War II. 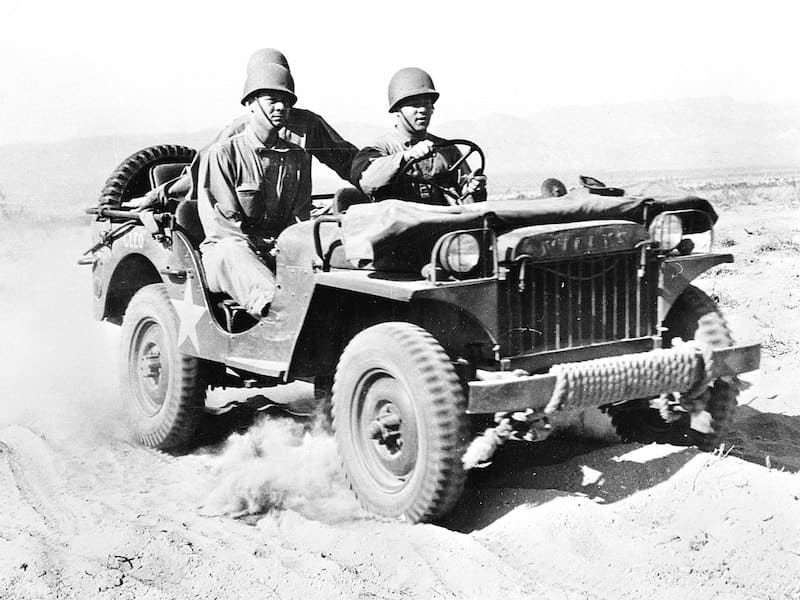 The U.S. military needed a vehicle that could provide transport while also being able to navigate rough terrain. What they got was the U.S. Army Truck, ¼-ton, 4x4, Command Reconnaissance, or as it was more commonly known, the Jeep.

The design of the World War II Jeep was a long process that employed the services of both U.S. military officers and civilian engineers. The idea originated with the infantry and three companies combined forces to develop the Jeep: Bantam, Willys, and Ford. Interestingly, historians are unsure of how the car became known as the “Jeep”, or how the word originated to begin with. Regardless of where the name was derived from, there was no doubt this vehicle was important to the war effort.

America wasn’t the only country that used the Jeep in World War II.

The United States wasn’t the only country that fell in love with the Jeep. Britain, Canada, Australia, India, the Free French, China, and Russia all received Jeeps under the American Lend-Lease program. Every branch of the U.S. military used the Jeep with an average of 145 units assigned to each infantry regiment within the U.S. Army alone. Jeeps were used in every theater overseas -- Africa, the Pacific, Western Allied invasion of Europe in 1944, and the Eastern Front. Jeeps became such a mainstay in Europe that German troops believe each soldier was issued a personal Jeep.

Jeeps came in handy in challenging climates, especially North Africa. Though smaller than larger vehicles such as troop transports, it wasn’t uncommon to see Jeeps pulling three-ton trucks stuck in the sand. The British famously used Jeeps during combat based on its low silhouette and ability to hide behind larger structures. 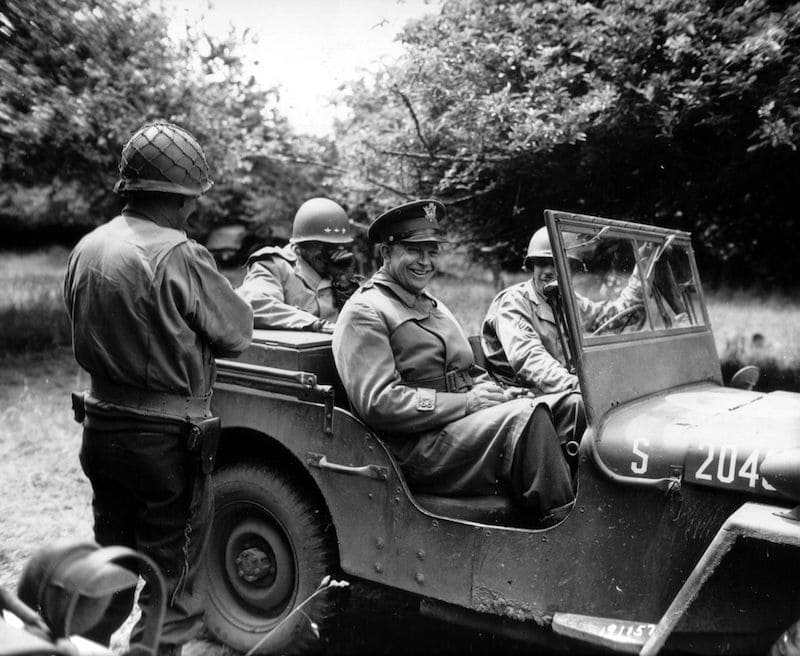 Everything troop transports could do, Jeeps could practically do better. From carrying water, fuel, and ammo to towing supply trailers and transporting troops through difficult terrain, the Jeep could do it all. They would even double as ambulances, hearses and play a big part in reconnaissance missions.

Basically, the Jeep was used for anything and everything, and it performed its duties well. When the Jeep Wrangler was first released in 1986, it held heavy designs reminiscent to the WWII Jeep, and its capabilities continued to shine in the tough-and-rugged manner that it became known for. It could tackle whatever you threw at it back then, and it continues to do so to this day.

Did you know you can trade a car for anything?

We make the car trade-in process simple and hassle-free. We excel in car trade-ins because you can trade anything for anything. Got a Jeep you want to trade in for a different Jeep? You can do that. Maybe you have your eye on a motorcycle; you can trade for that, too! You have the power to trade any vehicle for another vehicle in our inventory. RumbleOn is making it fun to trade in your vehicle. Let’s help you trade in your next vehicle --get a free cash offer to use as a trade-in value now!