The American Automotive Industry Is Packed With History

While major strides for American car companies were made in the first half of the 20th century, the innovations of the "Big Three" majorly changed the face of not just America, but the world. What’s the history of Ford, GM, and Chrysler? Here are their stories! 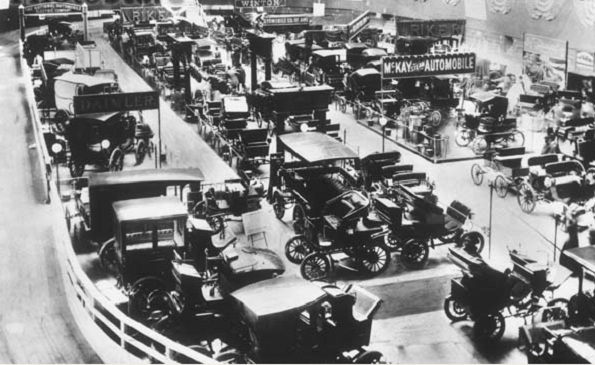 Trade in a car for cash to RumbleOn.

Curious what the car trade-in process is like? RumbleOn makes it easy and gives you the power to get a cash offer.

In the early 20th century, car manufacturing in the United States took off in a very American way. Cheap raw materials and the USA's industrialization led to huge volumes of production at lower prices than those in Europe. Combined with the lack of tariff barriers across state lines, the United States' ability to mass produce for a huge commercial market quickly made the US a world leader in car manufacturing.

The history of American car companies started with hundreds of competing manufacturers--253 active automobile manufacturers in 1908--but only 44 remained by 1929. Essentially, the industry was dominated by three large Detroit-based companies also known as "The Big Three": Ford, General Motors, and Chrysler, who accounted for 80 percent of the industry's total output.

- In 1896, while working as an engineer for the Edison Illuminating Company, Henry Ford built "the Quadricycle," his first gasoline-powered horseless carriage.

- A month after it was established in 1903, the Ford Motor Company released its first Ford car, a two-cylinder, eight-horsepower Model A.

- In 1908, Ford was dedicated to producing an affordable and efficient automobile for everyone; the result was the Model T.

- The Model T was an immediate success, and to meet demand, Ford began practices of mass production that would revolutionize American industry, including increased daily wages for workers, large production plants, standardized and interchangeable parts, and the moving assembly line. These techniques eventually allowed Ford Motor Company to turn out one Model T every 24 seconds.

- In 1939, Ford was competing with GM's mid-priced Pontiac, Buick, and Oldsmobile and created the Mercury as a higher-priced companion car to Ford.

- From 1956, Ford offered the innovative Lifeguard safety package which included a standard deep-dish steering wheel, optional front, and, for the first time in a car, rear seat belts, and an optional padded dash, child-proof door locks, and the first retractable hardtop on a mass-produced six-seater car.

- The Ford Mustang was introduced in 1964 during New York World's Fair.

- In the 1990s, Ford introduced the Explorer and the Lincoln Navigator, spurring rapid growth for the company in the SUV market.

- In 2009 begins offering its turbocharged EcoBoost line of engines for better fuel economy and more power than a naturally aspirated engine. These engines quickly spread in popularity across the US and around the world.

The History of General Motors.

- Companies included in the purchasing spree were the Buick Company who had produced a four-cylinder car, the Model D, in 1907, and Oldsmobile, the oldest unit of the GM Corporation, which was organized in 1887.

- Over the next two decades, General Motors fine-tuned its standards of quality to produce state-of-the-art driving machines and also developed the General Motors Truck Company (later known as GMC).

- By 1955, General Motors was the first company in America to make more than $1 billion in a single year.

- In the decades to come, GM and affiliated companies engineered some of the most popular automobiles ever made, including the Cadillac, Corvette, El Camino, Malibu, and Camaro.

- GM didn't just keep their advancements on planet Earth. They even provided the space program with the mobility system for the Lunar Roving Vehicle, which enabled the astronauts of Apollo 15 to accomplish humankind's first vehicular drive on the moon.

- In the early 1920s, the Maxwell Motor Company (established in 1904) brought on Walter Chrysler to reorganize and improve Maxwell-Chalmers' troubled company. Chrysler was officially organized in 1925.

- In January 1924, Walter Chrysler had launched The Chrysler 70, which was also called the B-70. It was a 6-cylinder automobile, designed to provide customers with an affordable, yet advanced and well-engineered car.

- Chrysler was at the forefront of supplying the public with features not usually available in automobiles of the time: a high-compression engine, carburetor air filter, full pressure lubrication inside the engine, and an oil filter. Other innovations included the first practical mass-produced, four-wheel hydraulic brakes, and rubber engine mounts to reduce vibration. Chrysler also developed a road safety wheel with a ridged rim, that kept a deflated tire from flying off the wheel. This design was eventually adopted worldwide by the auto industry.

- In 1928, Chrysler Corporation began dividing its vehicle offerings by price class and function, making reliably engineered vehicles available to more people. The Plymouth brand was available at the low-priced end of the market, and the DeSoto marque in the medium-price field.

- The advanced engineering and testing that went into Chrysler Corporation cars helped to push the company to the second-place position in US sales by 1936, a place it would hold until 1949.

- During World War II, practically all of Chrysler's facilities were devoted to building military vehicles for the war effort, and they ranked eighth among US corporations in the value of wartime production contracts.

- After WWII, Chrysler continued special projects in the aerospace fields of missiles and space boosters for the US government.

- By 2001, Chrysler had three marques worldwide: Jeep, Dodge, and Chrysler. Ram was created in 2009, and in 2011, Fiat became Chrysler's fifth brand with the North American introduction of the Fiat 500.

What’s your favorite car or truck brand? Let us know in a comment, and we’ll cover its history!

Automobile history is, to put it simply, quite interesting.

In 1769 the first steam-powered automobile capable of human transportation was built by Nicolas-Joseph Cugnot, a French inventor with a background in military engineering. He began designing the vehicle in 1765 to transport cannons for the French Army.

In 1808, French inventor François Isaac de Rivaz designed the first car to be powered by an internal combustion engine, it was fueled by hydrogen and had an electric ignition. 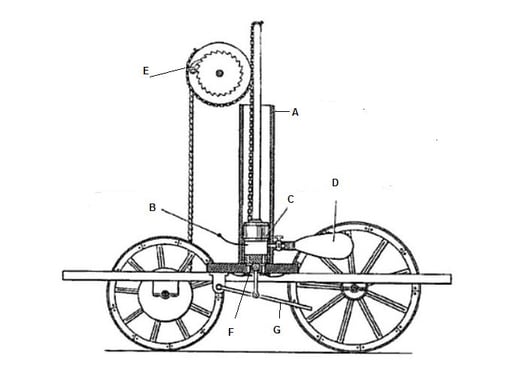 In 1870, German inventor Siegfried Marcus built the first gasoline-powered combustion engine, which he placed on a pushcart. What resulted in his building of four sophisticated combustion-engine cars with steering, a clutch, and a brake, is what influenced later cars. 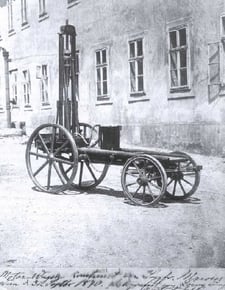 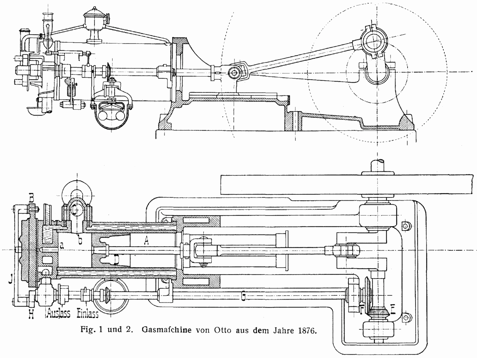 Karl Benz built a single cylinder, four-stroke, gasoline-powered automobile in 1885. This is also considered to be the first "production" practical vehicle, as Benz made several other identical copies. 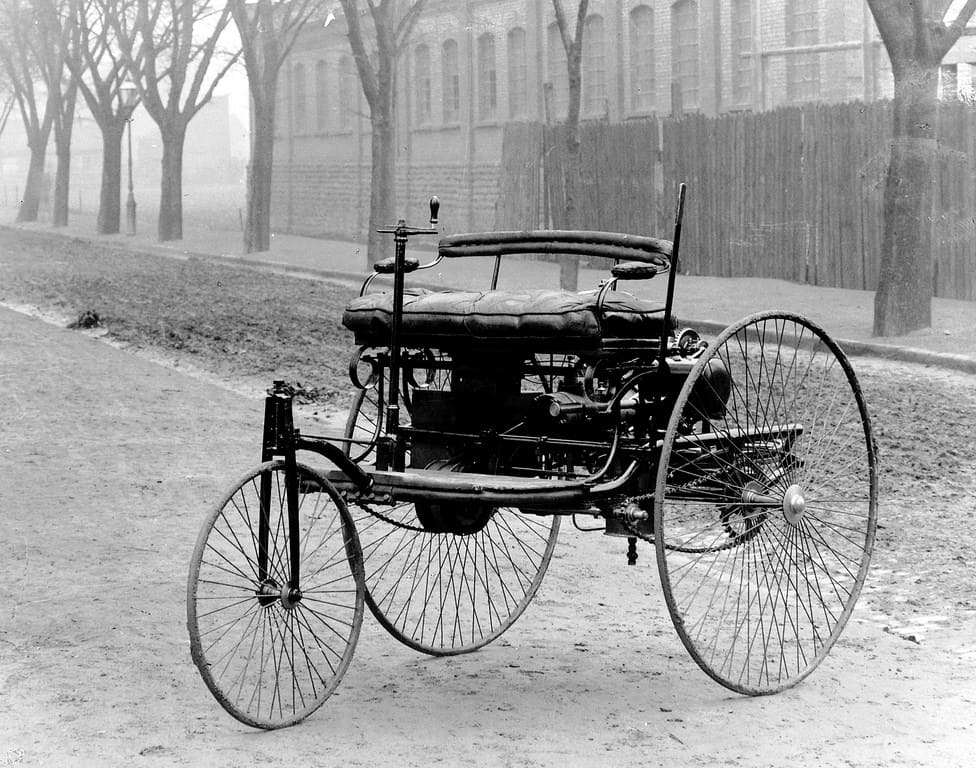 In 1913, the Ford Model T, created by the Ford Motor Company five years prior, became the first automobile to be mass-produced on a moving assembly line. 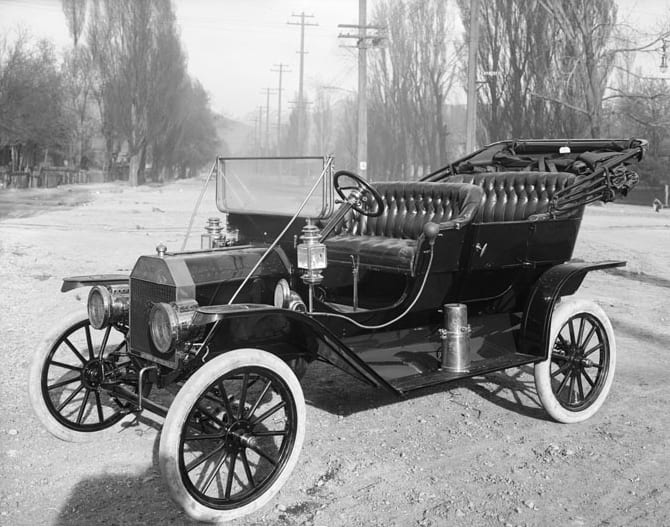