Review of the 2017 Ford Escape

The 2017 Ford Escape is a staple in the Ford lineup that has been popular for years. The 2017 model gets an updated look with the addition of two new powertrains including a 1.5-liter EcoBoost turbo-four and twin-turbo 2.0-liter EcoBoost four-cylinder engine.

When it comes to car-selling sites, RumbleOn reigns supreme.

Wondering how to sell a car online? Not only can you sell to RumbleOn, but you can trade in a car for anything in the inventory, too!

As far as other updates are concerned, the Escape features engine stop-start technology, a new steering wheel, and a completely reworked interior. Additionally, other features include an updated automatic parking system, lane-keeping assist, adaptive cruise control, and Apple CarPlay and Android Auto functionality. The ground clearance is lower than the previous model by 0.1 inches with a slightly bigger fuel tank by 0.8 gallons. In the Crossover vehicle realm, the Ford Escape is one of the best-sellers in its compact two-row SUV class. 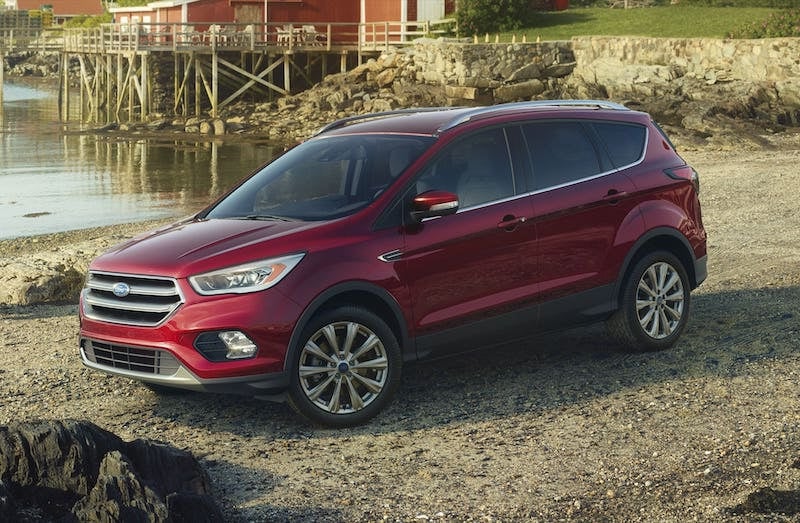 The 2017 Ford Escape is the third-generation of the popular model with the vehicle being introduced in 2000. Interestingly, the original model year was jointly developed and released with Mazda of Japan. From then on, the Ford Escape took off. As far as size is concerned, the Escape falls below the Edge, Explorer, Flex, and the Expedition in the beefed-up Ford lineup.

The 2017 model featured two updated engines. The 1.5-liter EcoBoost four-cylinder engine makes 179 hp and 177 lb-ft of torque while combined with a six-speed automatic transmission with paddle shifters on the steering wheel. The 2.0-liter EcoBoost option is the top of the heap that makes 245 hp and 275 lb-ft of torque. The six-speed automatic transmission remains the same for the 2.0-liter with included paddle shifters. You can choose between a front-wheel drive or all-wheel drive setup as well.

Concerning the driving experience, the steering reacts quickly without any twitching and the body roll is very small. The standard engine stop-start system can be switched off whenever you choose. There have been some complaints with the 1.5 EcoBoost’s delay with wide-open throttle inputs with acceleration that leaves a lot less to be desired. The Escape offers a hands-free power liftgate that begins by waving your foot under the rear bumper. 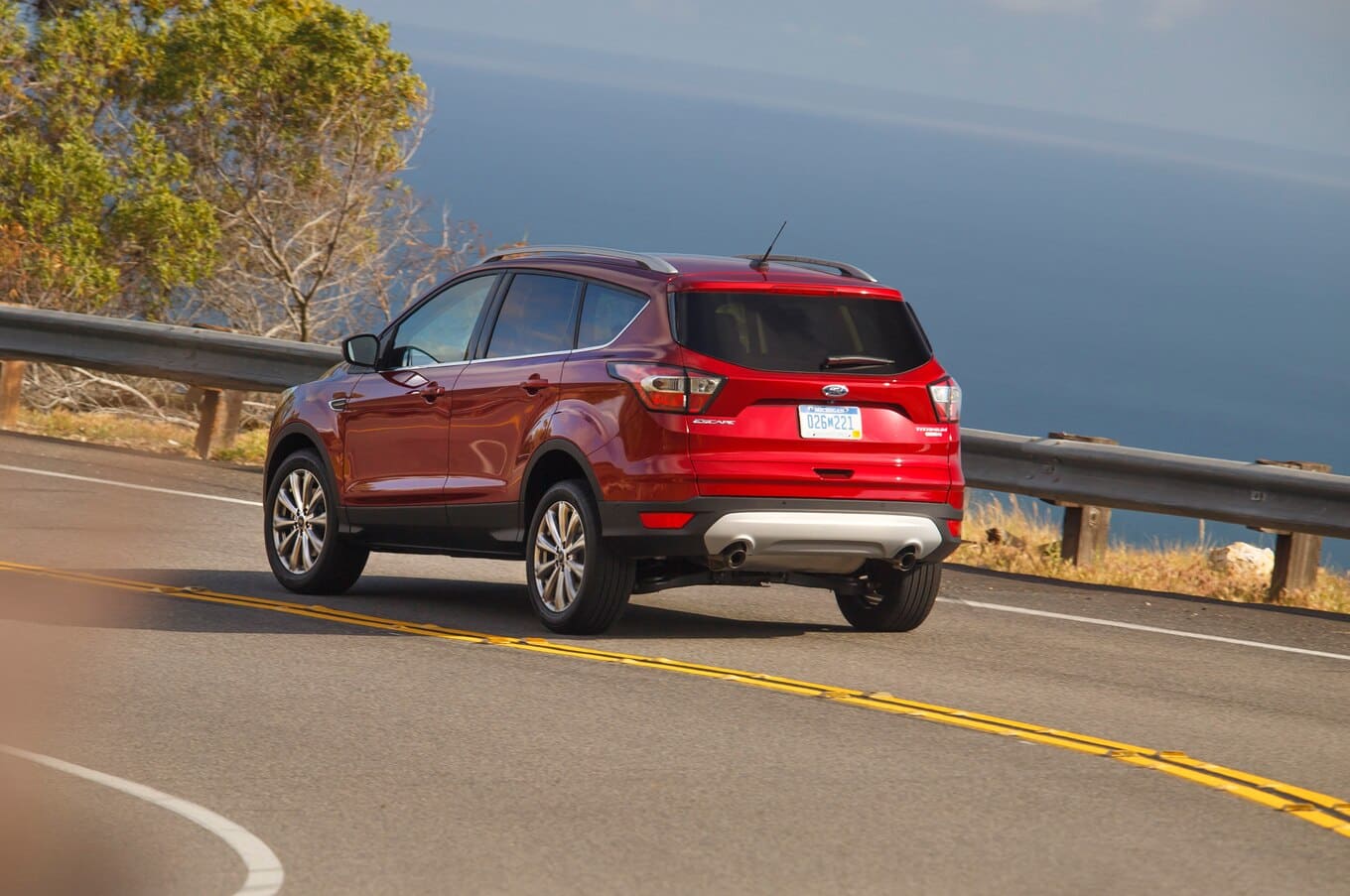 The Ford Escape earned a Marginal rating in the small overlap front test, however, it received a rating of Good in four other tests and a Basic rating in front crash prevention. The NHTSA has rated the 2017 Ford Escape with an overall five-star rating out of five stars.

If you’re wondering where to sell cars, RumbleOn should be your first choice.

It’s a popular question: “Where should I sell my car? What about if I want to trade in my car?” There’s only one answer, and that’s RumbleOn. We send cash offers for vehicles in 15 minutes or less and if you’re looking to trade, you can trade your vehicle for anything in our inventory. We literally put the power in your hands. We want to put you in the vehicle that fits you best, so give RumbleOn a try.