Ford Mustang reviews have tended to reflect a long-standing champion and iconic brand that has roots in classic muscle cars going all the way back to 1965. As an American staple in Ford’s lineup, the 2016 generation Mustang was released with a price-point that ranks below some of its top competitors. Below are the 2016 Ford Mustang specs and reviews reported from research and drivers of the V6 Coupe model. 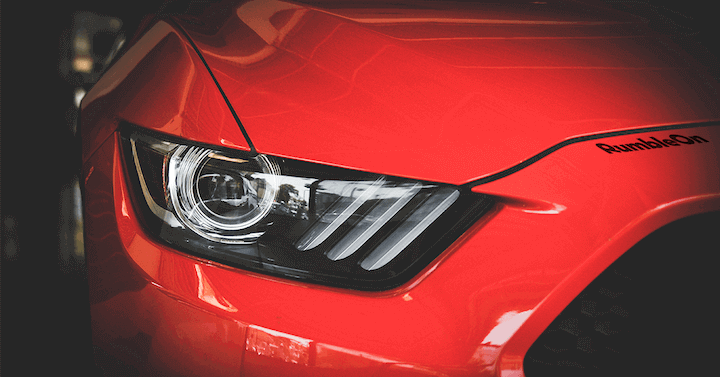 The 2016 Mustang is a great beginner sports car and comes with ten different model options that range from the EcoBoost Coupe, Convertible, Mustang GT, and Shelby GT350. As far as Ford Mustang reviews from drivers, downsides of the 2016 models include rear seats with cramped sitting space and a turbo lag from the Ecoboost engine on applicable models. However, with several different engines and models to choose from, the GT350 provides supercar performance with an excellent balance of handling and comfort across all models.

Ford Mustang safety features earned a five-star NHTSA rating, with the convertible even receiving a five-star rating in its rollover evaluation. Amenities of the 2016 Mustang include power four wheel disc brakes with ABS, text to speech and Bluetooth connections, remote engine starter, and keyless ignition.

RumbleOn has used mustangs for sale. Get yours today!

If you're looking to buy a used Mustang, RumbleOn has just what you're looking for with a fantastic lineup of this iconic muscle car. Plus, each one comes with a 30-Day Mechanical Guarantee, 3-Day or 150-Mile Money-Back Guarantee, third-party full condition report, and affordable shipping.