Review of the 2014 Toyota FJ Cruiser

One of Toyota’s most daring vehicles (and one of its biggest) hit the production line in 2005. During the FJ Cruiser's production, it was one of Toyota’s best sellers but ultimately met its demise in 2015 due to an overwhelming demand for fuel-efficient vehicles as opposed to a gas-guzzler. 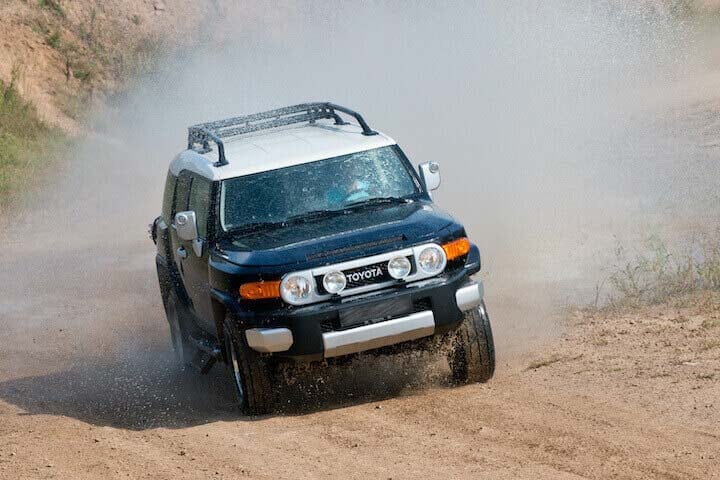 The 2014 Toyota FJ Cruiser is a beast of an SUV. Have you ever seen any vehicle with three windshield wipers? To say the FJ Cruiser is beefy would be a massive understatement. This vehicle was built to be imposing and it doesn’t let up on the looks. Trying to stand out from the crowd is difficult considering the FJ Cruiser’s competition including Jeep Wrangler, Nissan Xterra, Subaru Forester, and Land Rover LR2. Some things you will like about the FJ Cruiser include its masterful off-roading capability, huge catalog of aftermarket parts and accessories, and the fact you’re owning a reborn icon. On the other hand, some things you might not like are the blind spots, poor visibility, howling tires at high speeds, and less-than-stellar legroom.

Unbeknownst to the masses, the original FJ Cruiser was the FJ40 Land Cruiser which was produced from 1961 until 1965, and was Toyota’s best-selling model in the U.S. As soon as 2005 came along, Toyota decided to resurrect the FJ name and it did it with a bang.

The FJ Cruiser shares a platform with its closest family rival, the 4Runner. However, the FJ Cruiser’s appearance is vastly different. The square design is unique along with the round headlights, white rooftop, rear-mounted spare tire, and rear wraparound windows. With a tip of the cap to the FJ’s yesteryears, Toyota included optional body-colored door panel inserts, water-resistant cloth seats, and rubberized floor mats. The FJ Cruiser is powered by a 4.0-liter V6 that churns out 260 horsepower with 271 lb-ft of torque. There are three different drivetrains for those either seeking more of an off-road or on-the-road lifestyle. Adventurers will want the full-time four-wheel-drive system that comes with a six-speed manual and rear locking differential. If you’re interested in offroading here and there, you’ll want the part-time four-wheel-drive system coupled with a five-speed automatic transmission. For those wanting stick to the pavement, the FJ comes standard with rear-wheel drive and a five-speed automatic transmission. 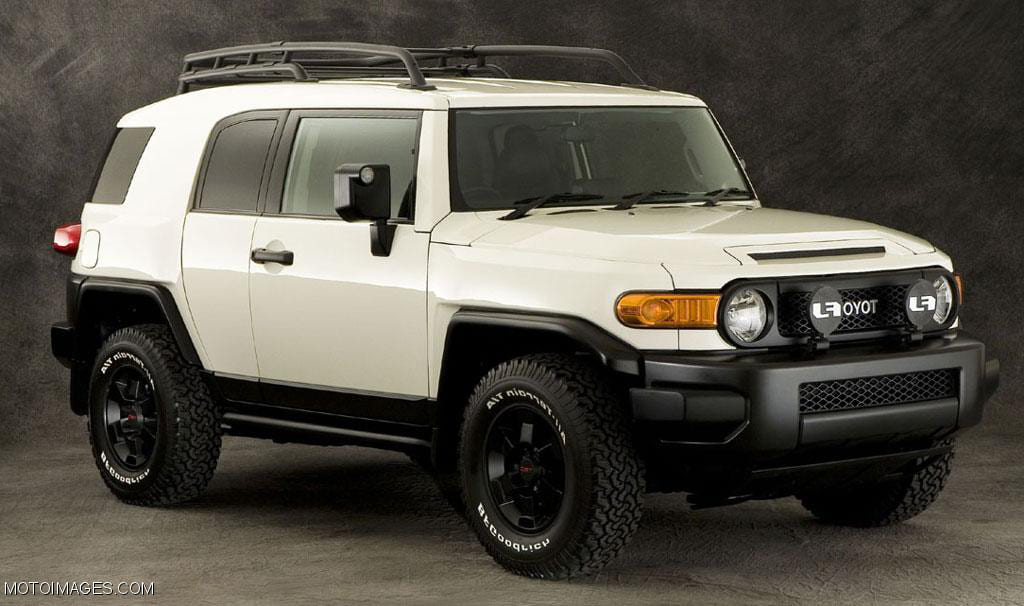 The fuel economy is, in a word, not great. The SUVs fuel economy numbers are dismal at best even for the most adventurous crowd. It’s recommended you keep this car as a weekend-only vehicle instead of a commuter car. Since the FJ Cruiser was discontinued in 2015, 2014 models are the latest model year you can purchase. Though the design rarely differed throughout its production, it still maintains a reputation as a top-quality offroading machine. If you spot an FJ Cruiser for sale and are in the market for a weekend-only vehicle, jump at the opportunity to own one.

Though they may be gas-guzzlers, a used FJ Cruiser is a great vehicle to take offroading and is a physically imposing vehicle. 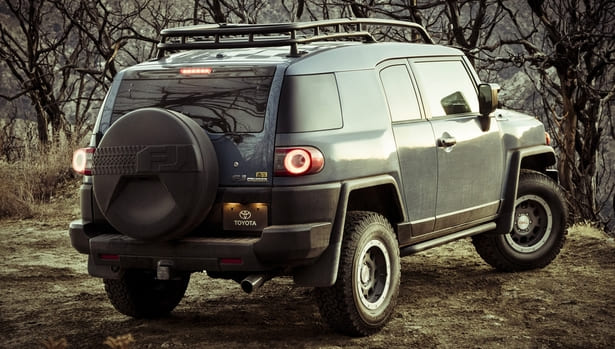 The IIHS rated the FJ Cruiser with a Good overall rating for the Moderate Overlap Front Test, Side Impact, and Rear Crash Protection results. The Roof Strength Test was graded with an Acceptable rating. The NHTSA safety ratings were unavailable for the 2014 Toyota FJ Cruiser.

The best place to shop used SUVs is RumbleOn. Browse our inventory!

RumbleOn has tons of used SUVs for sale at great prices! Each of our SUVs comes with a standard 30-Day Mechanical Guarantee, 3-Day or 150-Mile Money Back Guarantee, third party full condition report, and affordable door-to-door shipping. If you’re in the mood to buy then visit RumbleOn today. Your next SUV is waiting in our inventory!